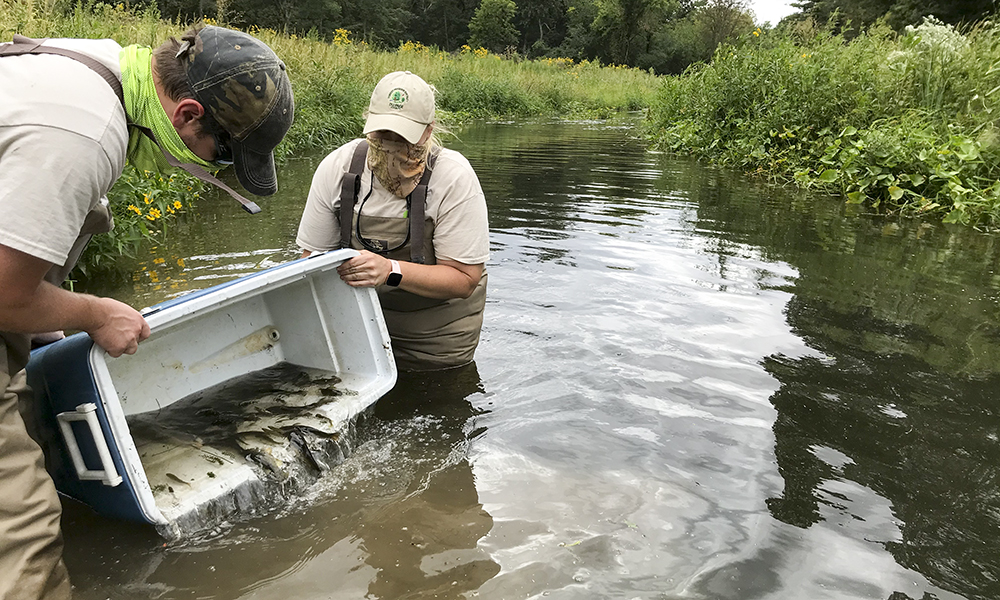 Restoration of Spring Brook as it flows through Blackwell Forest Preserve includes building a new stream channel and removing a dam to provide better habitat and a gentler slope to allow fish to swim upstream.

In late August 2020, construction of the new channel was completed and water flow was diverted into the new channel. This left the old channel — and any fish in it — isolated. As the remaining water in old channel began to recede, Forest Preserve District ecologists scoured the old stream remnants in search of fish for three days in early September. 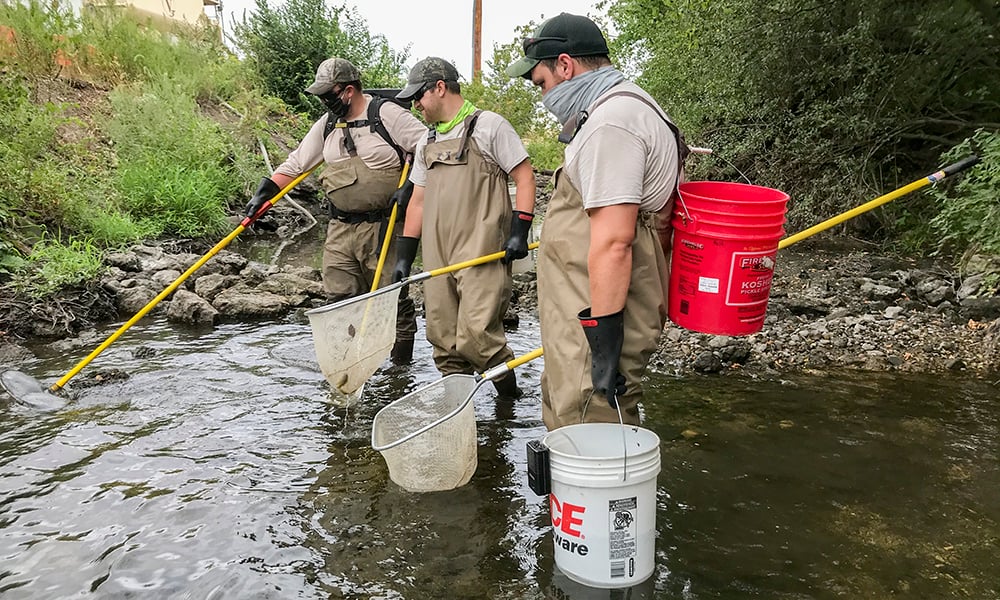 To do this, staff used a backpack electrofisher to send a small electric current into the water and temporarily stun the fish. At that moment, fish briefly float to the surface and can be captured with nets. Electrofishing does not harm fish and is a common practice to conduct fish surveys.

Over three days, staff collected 1,159 fish of 22 species from an approximately 1,200-foot stretch of the former stream (crayfish and freshwater mussels were also collected). These fish were then relocated into the newly constructed stream to live their lives in better habitat that included oxygen-rich water, a diversity of aquatic plants, a mix of deep and shallow water, and better substrate for spawning. A complete list of the translocated fish is below. 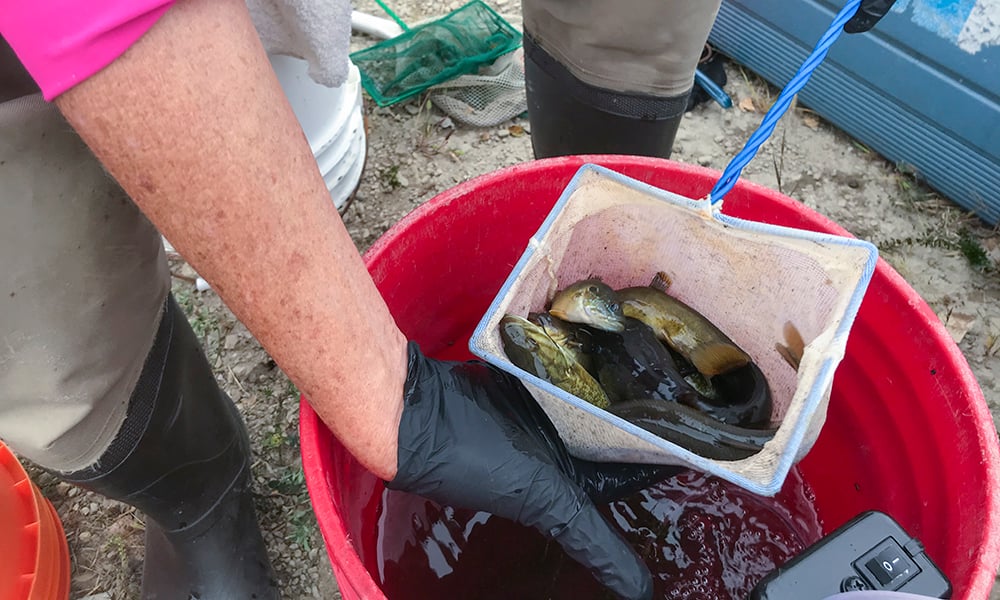 Previous fish surveys in the upper reaches of Spring Brook at St. James Farm Forest Preserve indicated there were only 8 species of fish in the waterway. Restoration of Spring Brook and removal of the dam provides the opportunity for a greater diversity of fish to freely move upstream and colonize areas where they were previously restricted. 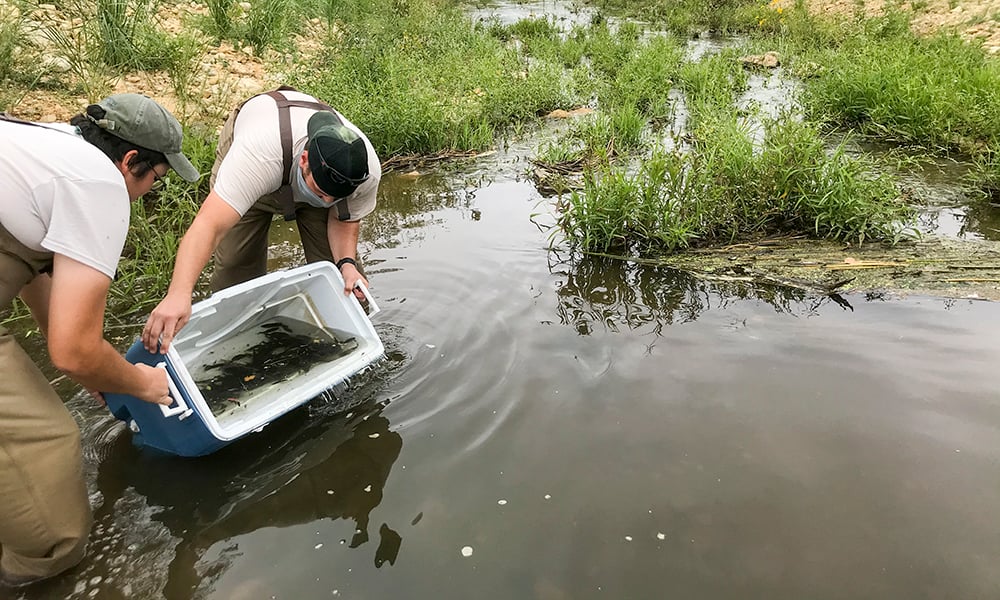