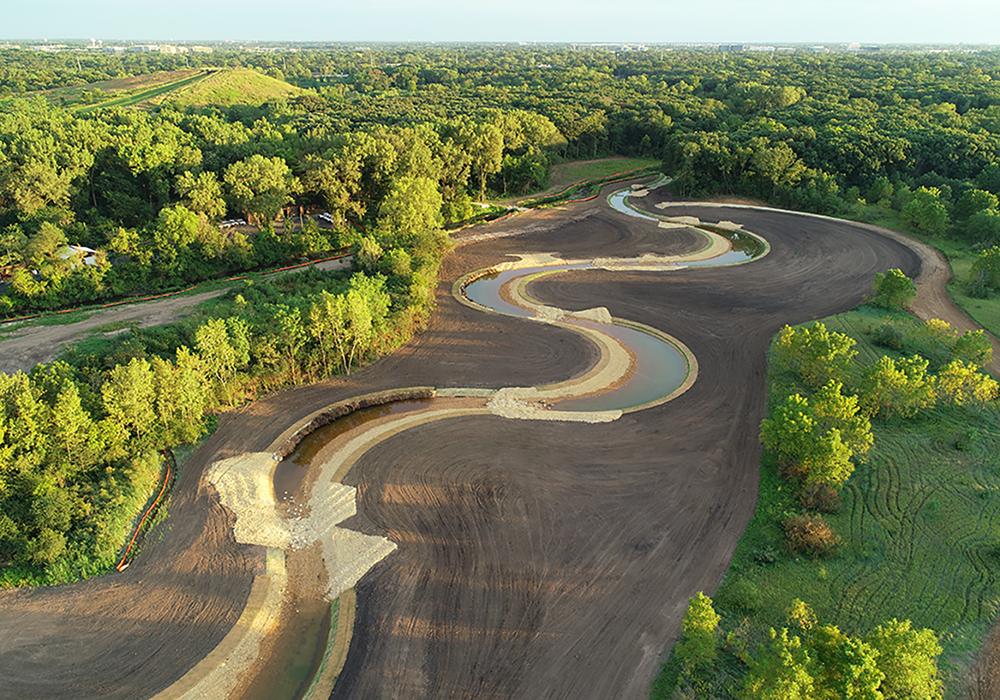 For many years, Spring Brook — as it flows through Blackwell Forest Preserve — has been channelized. That is, water flowed within a straight, narrow channel, which led to erosion along the streambanks.

A dam on the creek prevented fish from swimming upstream and created an impoundment behind the dam, which did not provide much habitat for fish and wildlife. Biological surveys along the creek indicated that fish, mussels, and macroinvertebrates (aquatic insects) were not plentiful upstream of the dam. Also, during large storms, water would spill out of the impoundment and flood the nearby gravel road. 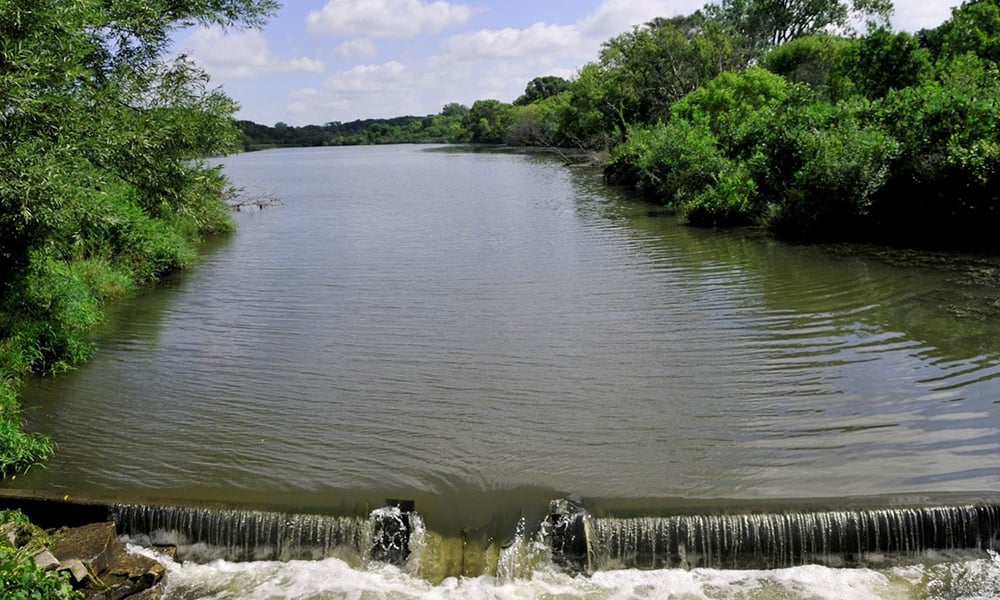 A small dam at Blackwell Forest Preserve prevents fish from swimming upstream and will be removed.

In summer 2019, restoration began on the creek to create healthier habitats and improve environmental conditions. A new stream channel with meanders — or bends — was dug. A mix of deep pools and shallow “riffles” were created within the stream to provide diverse and better habitat. Rows of boulders were buried at select locations across the creek bed to maintain a gradual elevation change along the stream’s length so fish could easily swim upstream. 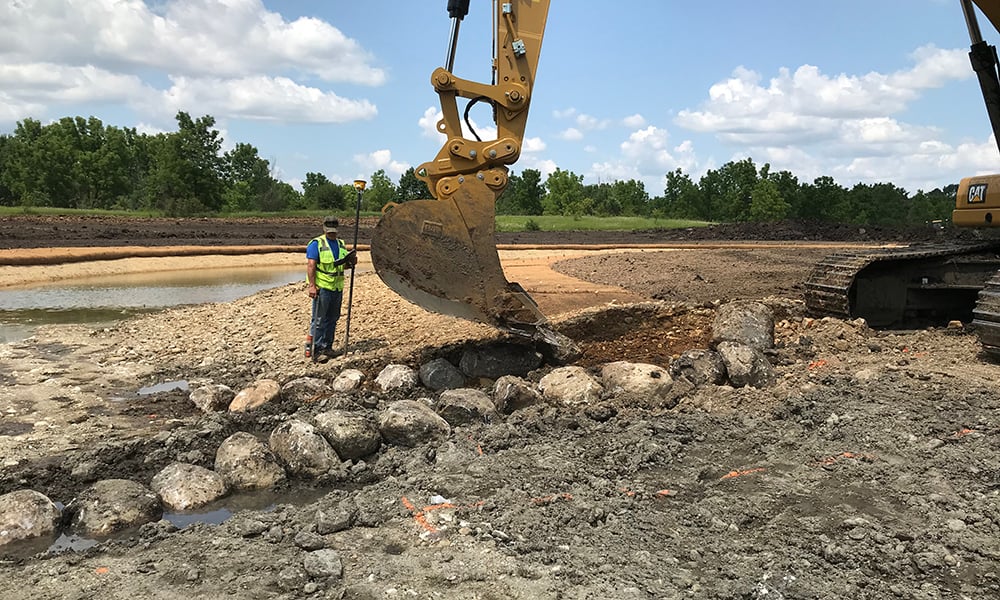 Also during summer 2019, Forest Preserve District staff searched for freshwater mussels in the existing stream channel. Over 250 individual mussels were removed from the project site and relocated one mile upstream, outside of the construction zone, and into the restored stream within St. James Farm Forest Preserve. 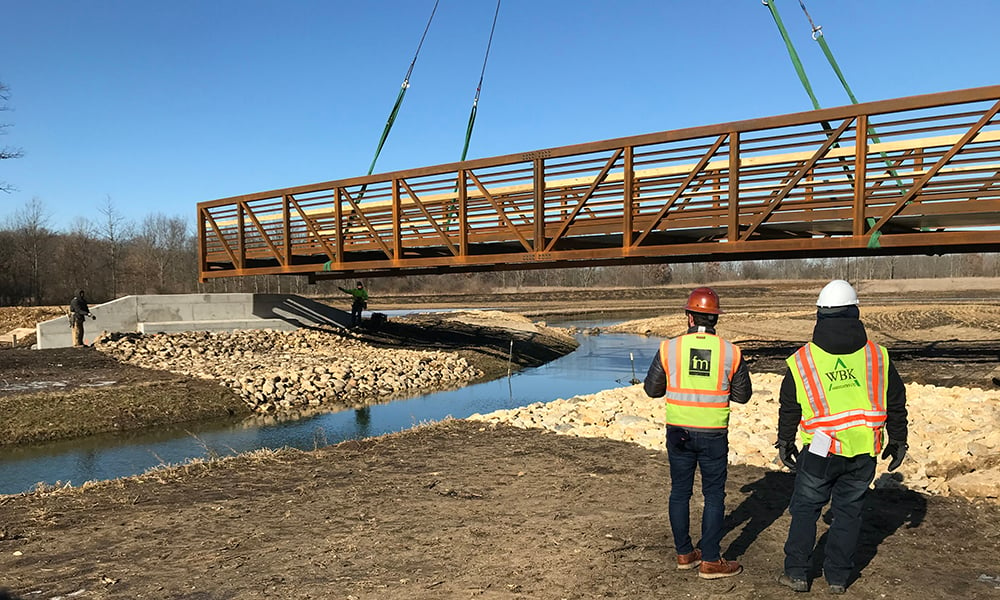 A new pedestrian bridge was set in place along the West Branch Regional Trail at Blackwell Forest Preserve in January 2020.

Between November 2019 and January 2020, construction of two new bridges progressed. A steel pedestrian bridge was set into place along the newly re-routed regional trail, replacing an older, deteriorating bridge that had been removed. Concrete beams for a second bridge  — for vehicle access on the gravel service road — were also laid into place. 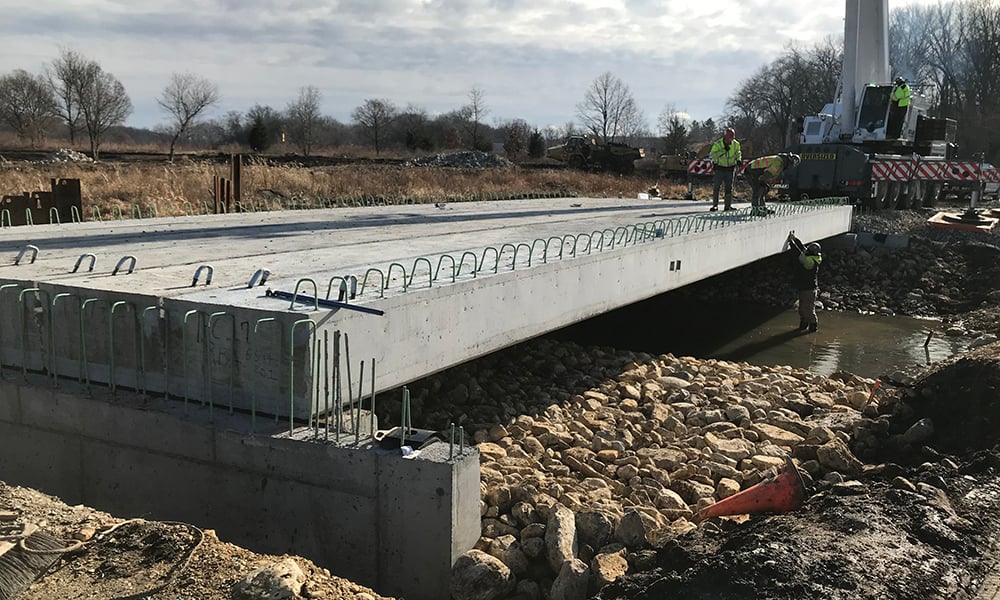 Construction continues on a bridge along a service road at Blackwell Forest Preserve to reduce flooding along the road.

By February 2020, over half of the new, meandering stream channel had been dug. Visitors to Blackwell may notice a new temporary channel near the main road carrying water around the impoundment. By diverting the stream through this “bypass” channel, the impoundment will naturally dry, allowing crews to construct the remaining new stream sections within the footprint of the impoundment. 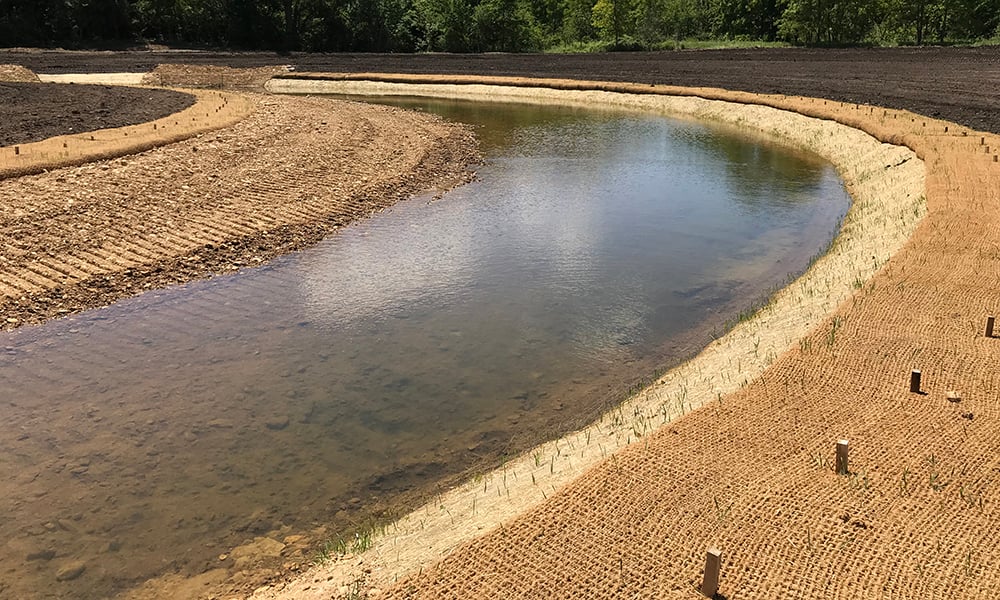 The new stream course will include shallow and deep areas to provide different habitat for fish and wildlife.

Throughout 2020, crews will continue to dig the remaining stream channel, apply finishing touches to the bridges, re-build the regional trail on higher ground, and remove non-native vegetation from areas surrounding the creek.

Until the new stream course is completed, water must continue to flow in the existing channel. Once the stream is diverted into the new channel, the former channel can then be filled in, and the regional trail re-built. Until then, the trail will remain closed.

We anticipate work to be complete by late fall 2020.