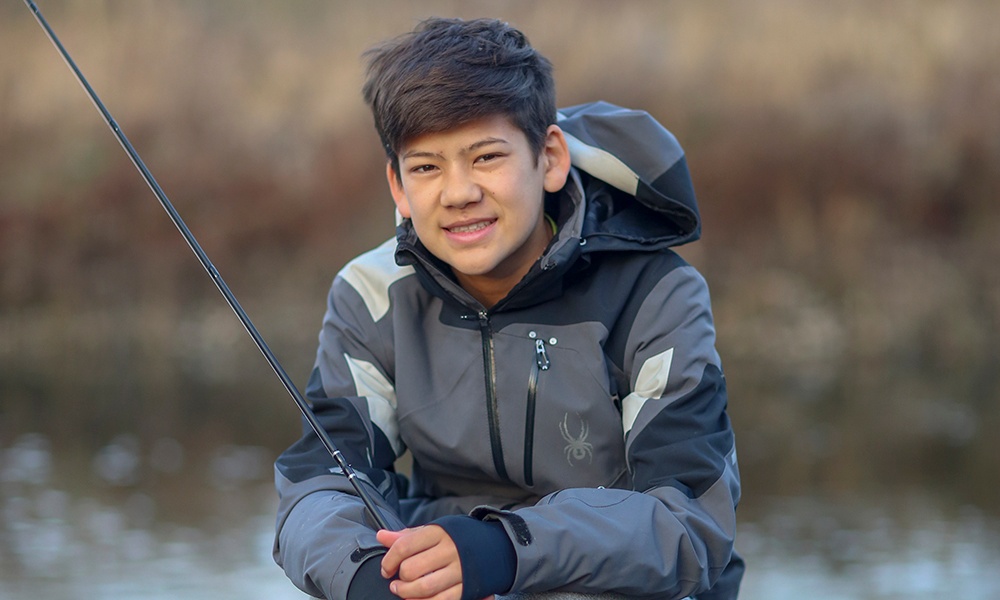 Carter Wijangco began fishing with his grandfather in Iowa when he was five years old.

“He took me to farm ponds and we caught pretty much anything that bit,” said the 14-year-old Naperville teen. “As soon as I dropped my line in the water, I was hooked.”

From there he enrolled in Forest Preserve District fishing programs to learn more about fishing and the outdoors. “I learned many new things about the outdoors through the District’s programs and met people … that have played a role in who I am today.” 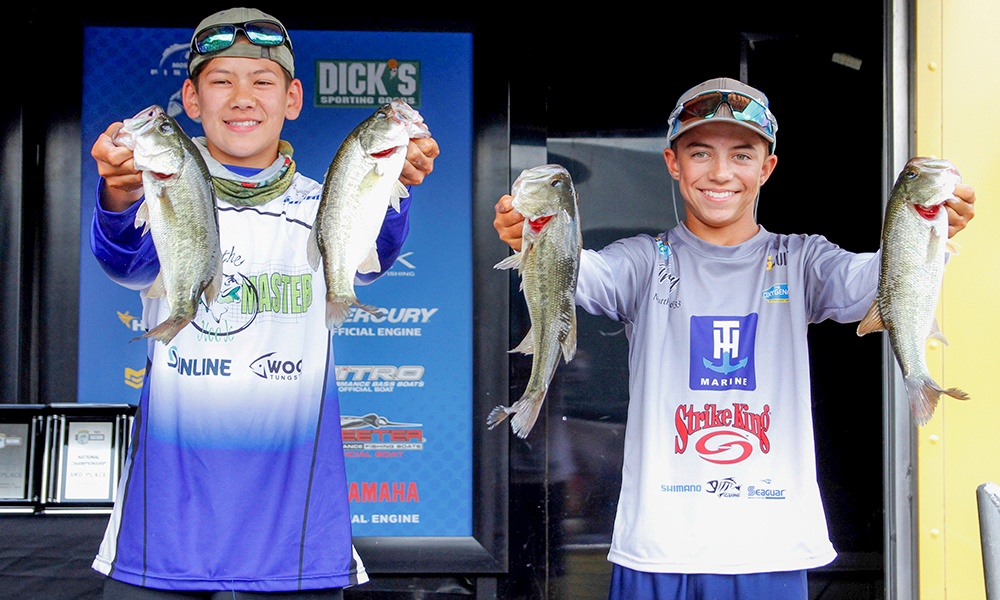 “The Bassmaster tournaments are recognized and followed by anglers throughout the country,” said Forest Preserve District senior ranger Adam Carlson, who had Wijangco in his “Fishing Off the Beaten Path” program. “We would like to think our programs had an effect on Carter’s success.”

“For me fishing is not a hobby; it’s a way of life. Winning this tournament has made me even more determined to win again,” Wijangco said. “Winning the Bassmaster Junior National Championship made me realize why I go fishing every day after school until dark, wake up for tournaments on the weekend at 3 a.m., and constantly think about how I can improve and become a more efficient fisherman.” 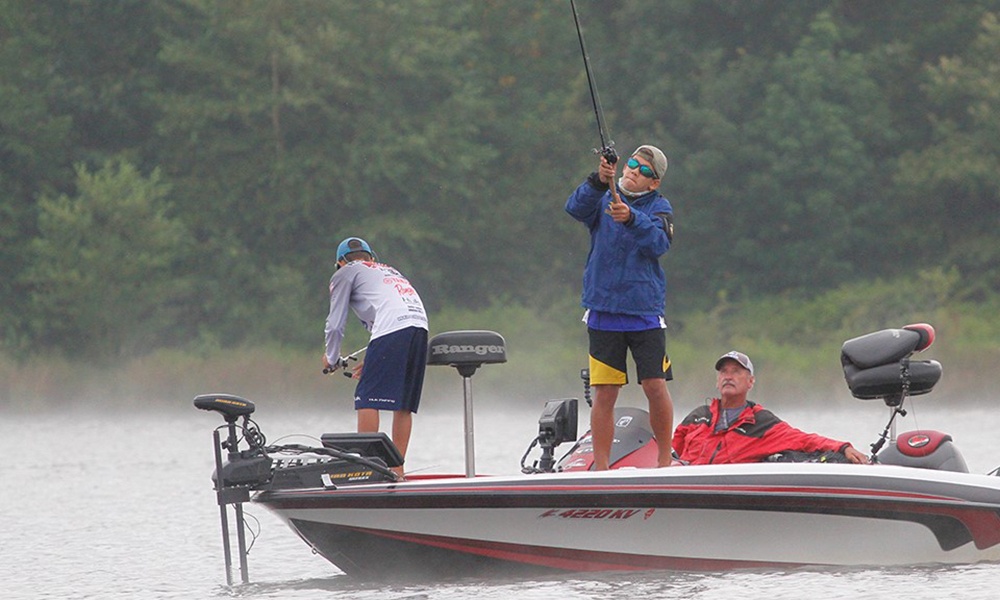 Wijangco also went to the 2017 Bassmaster Junior National Championship but finished in about the middle of the pack. “This year I was able to see how much I improved from the year before, and it amazes me what can happen in only a year,” he said.

Next year he’ll try his luck at the Bassmaster High School National Championship “on a much bigger lake with a lot more fisherman and stiffer competition,” Wijangco said. He hopes to become a professional fisherman or do something in the fishing industry when he grows up.

“Being a professional fisherman has been a dream of mine since kindergarten and the dream hasn’t changed since then,” he said. “Education is my priority for now, though, because no matter how good you are there is never a guarantee you will make it.”

Wijangco said there’s no secret to becoming good at fishing, and there’s no need for a boat or expensive gear. The most important way to learn how to fish is, well, to fish.

“Watching fishing videos and reading can help to some extent, but being out on the water teaches you things you can’t learn in any article or video,” he said. 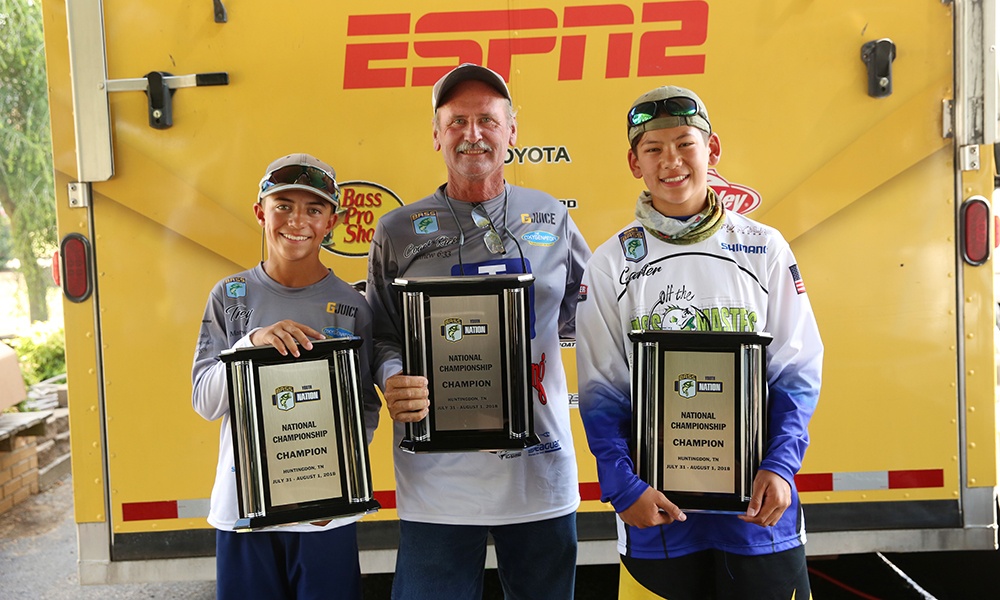 McKinney (left), boat captain Rick Cheatem and Wijangco with their plaques after winning the championship.

“In my early years, I took fishing classes for beginners and learned a lot, but most importantly I made friends who I still hunt and fish with today,” Wijangco said. “The forest preserve ponds are really well-maintained and pretty easy to catch fish in even if you are a beginner. I would recommend the District’s fishing programs for anyone starting out because they are very helpful for someone who doesn’t know a lot about fishing.”

Wijangco also has plans to pay it forward. For his Eagle Scout project he’s building fish cribs for the Forest Preserve District, and he hopes to help out at District fishing programs. “Passing down my fishing knowledge is crucial for our sport because without the next generation, the sport of fishing will disappear.”

Fishing is a great way to enjoy the outdoors, he said. “Nature takes all the stress from school and life away, and I think a lot of people don’t have an outlet like that, so I highly recommend people come and visit DuPage forest preserves,” Wijangco said. 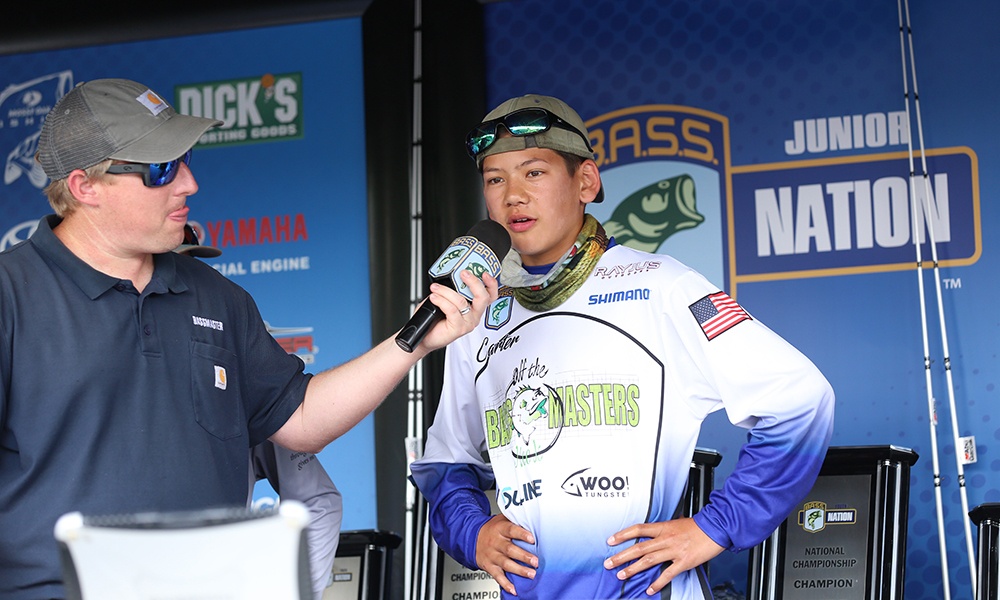 Wijangco talks about his win at the 2018 Bassmaster Junior Championship in Carroll County, Tenn. (Photo by Jill Wijangco)