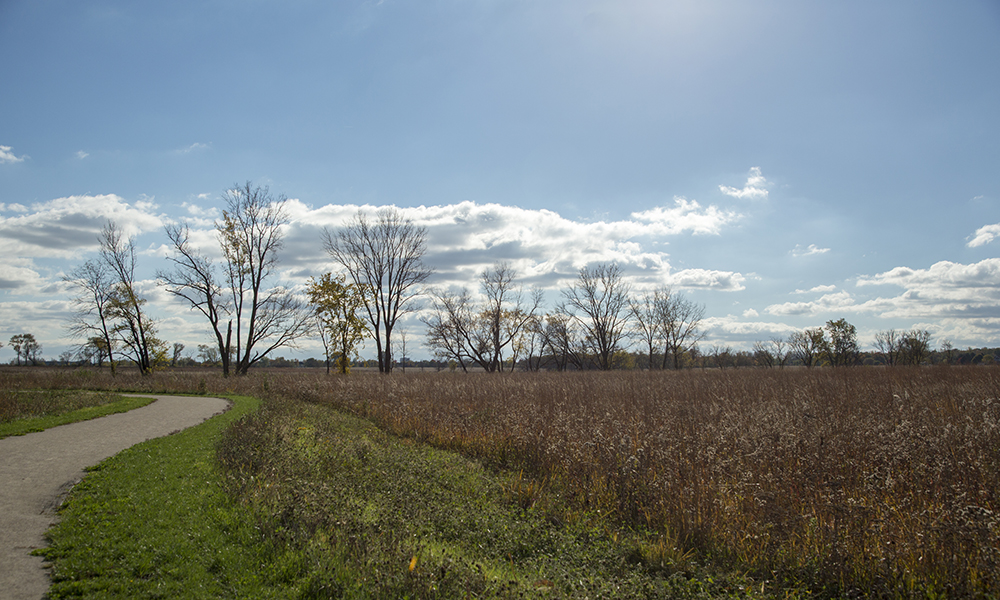 Most people know that “in 1492, Columbus sailed the ocean blue.” But did you know that in 1893 Christopher Columbus took a train to Dunham Forest Preserve in Wayne?

Before we get into Columbus’ history with Dunham Forest Preserve, let me introduce another historical figure who earned international recognition: Mark Dunham. Born in 1842, Dunham was the son of pioneers who moved to Wayne to capitalize on a new rail line passing through the area from Chicago.

From a young age, Dunham recognized a fundamental shift in American agriculture: as America’s population flourished, the nation’s farmers required a different breed of horse capable of hauling heavier agricultural innovations, such as the McCormick reaper.

His vision took him across the Atlantic Ocean to England, Belgium, and France in search of a suitable horse. Dunham believed he found the solution not far from Paris in the old French District of Perche.

He returned to Wayne with his new Percheron horse, “Success,” and discovered that when crossed with light-limbed mares, the successive generations were highly capable in the new agricultural age and became very popular with farmers trying to meet rising demand for their crops. 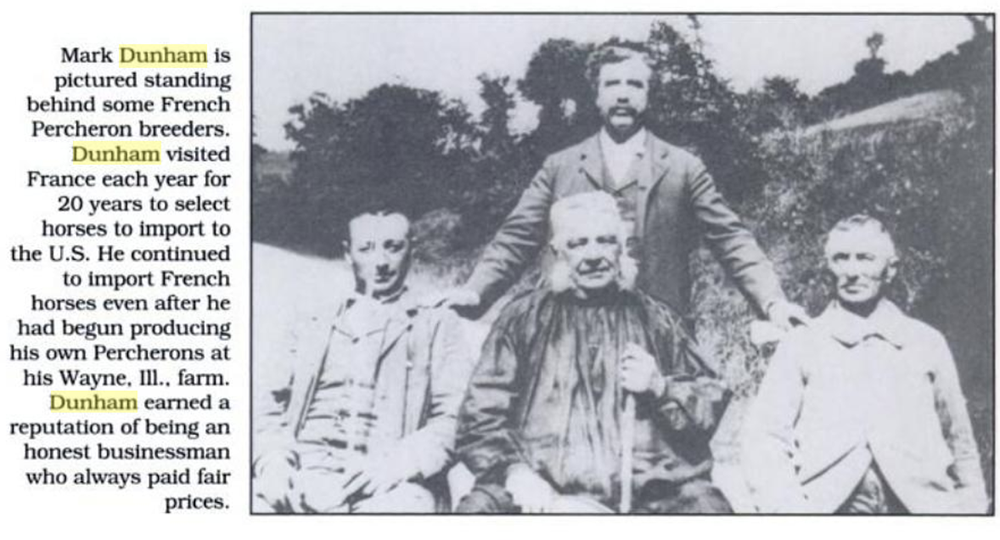 “Success” was not only the name of his first Percheron; It also describes the change in Dunham’s fortunes. The original pioneer home he inherited from his parents was converted into the business office of his Oaklawn Farm. Due to Dunham’s equine knowledge and instinct, his horses proved their quality and began to rival and even surpass the best of the Percherons in France.

This monumental success in sales allowed Dunham to expand his farm to 1,700 acres and five barns, but his huge impact on American agriculture and achieving international acclaim brought global attention to the sleepy town of Wayne in the form of the 1893 World’s Fair.

All the World’s a Stage

Congress awarded hosting privileges of the 1893 World’s Fair to Chicago over other cities, including Washington, DC and New York. To celebrate the 400th anniversary of Christopher Columbus’ arrival in the Americas in 1492, this World’s Fair became known as the World’s Columbian Exhibition and was intended to showcase national progress and achievement.

After the Great Chicago Fire of 1871, the exhibition demonstrated how quickly the city was able to rebound and prosper during a national era of technological progress. To commemorate the impact of the World’s Columbian Exhibition, the City of Chicago memorialized the exhibition as one of the stars on the city flag. 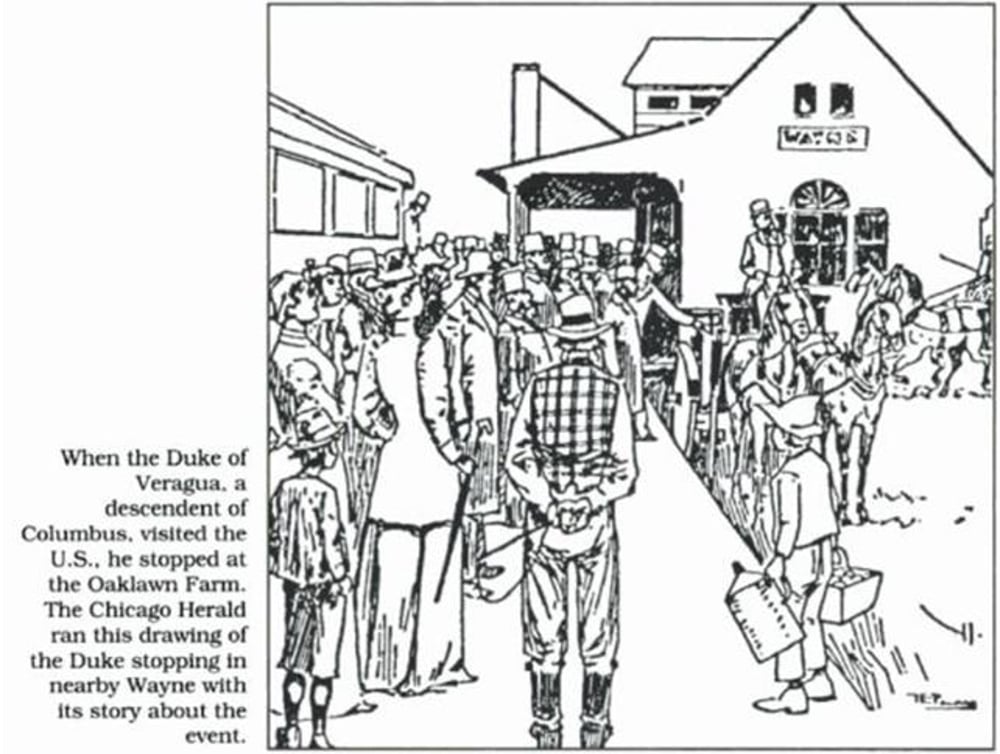 While the 600 acres of Frederick Law Olmsted’s Jackson Park in Chicago was the focal point of the 1893 World’s Columbian Exhibition, Mark Dunham was asked to contribute in significant ways. To showcase the agricultural progress of America, Mark Dunham volunteered some of his land and crops to demonstrate farming innovations.

The exhibition was meant to celebrate Columbus’ arrival in 1492, so his descendant, the Duke of Veragua, traveled from Spain to participate in the festivities. Since Mark Dunham’s horses had become recognized as some of the best in the world, a special train of the Chicago & Northwestern transported celebrities of the day, such as Marshall Field, Cyrus McCormick, George Pullman, the Duke of Veragua, and the Duke’s young son, Christopher Columbus. As part of the exhibition, Mark Dunham invited the group to a luncheon at his home.

His house, or rather, Dunham Castle, was built in 1883 and modeled from the Normandy chateaus he saw while in France. It’s currently a private residence about a half mile west of Dunham Forest Preserve. After lunch, the guests were invited to observe from stands as Dunham and his staff paraded some of the world’s most admired horses for an hour. 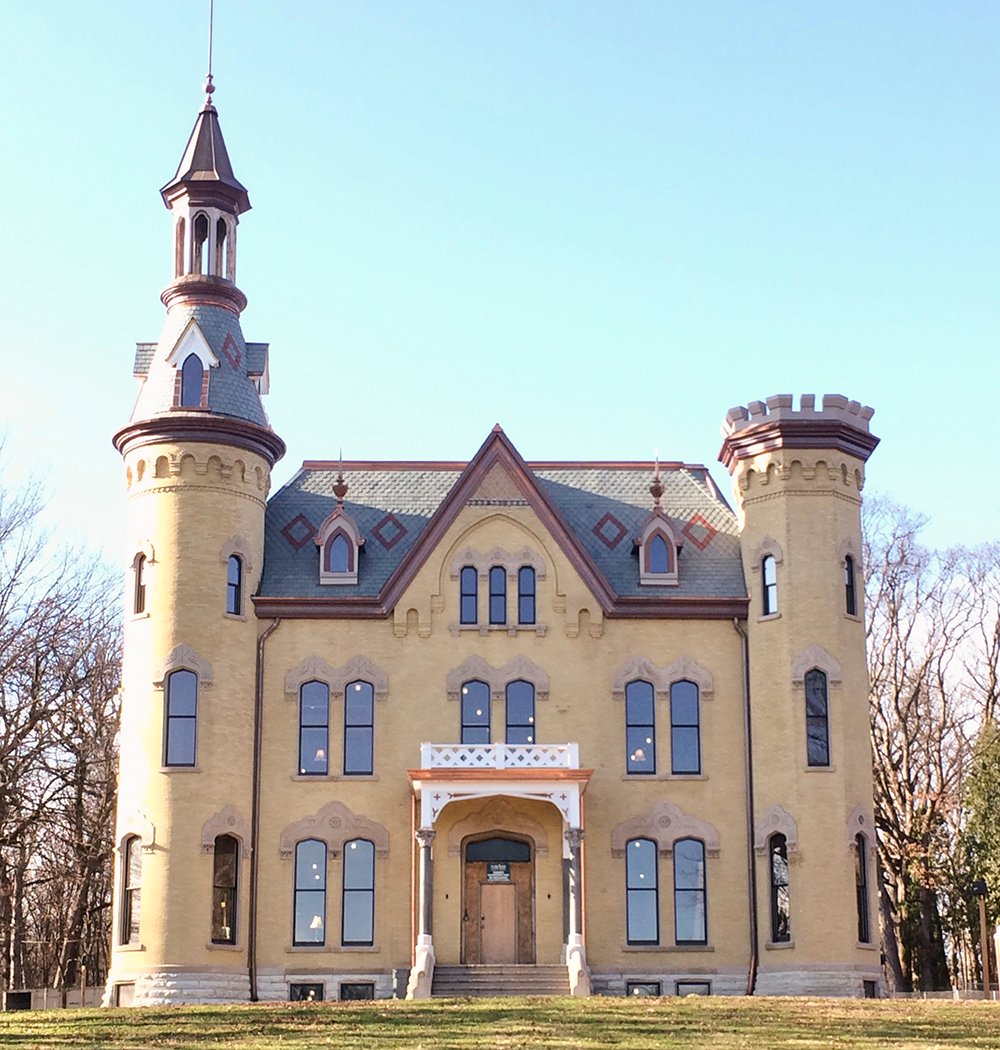 End of an Era

On Feb. 11, 1899, Dunham passed away at the age of 56 after feeling sick while sitting at his desk. He reportedly died of blood poisoning after inspecting a horse’s infected hoof. Although he lived in a castle and was the most extensive breeder of purebred horses in the world (according to the New York Times), Dunham never forgot his roots and continued to help with horse care and advancement.

While no longer the home of quality horses, Dunham Forest Preserve is home to some of the highest quality habitat in DuPage County, with over half of the acreage a designated Class IV habitat. Rolling prairies, wetlands, and a tree-lined stream contain 270 native plants and are accessible by a 1.2-mile crushed limestone trail that opened in October 2020. While the days of Mark Dunham and Oaklawn Farm are long past, the forest preserve and community of Wayne still carry on its equine legacy. 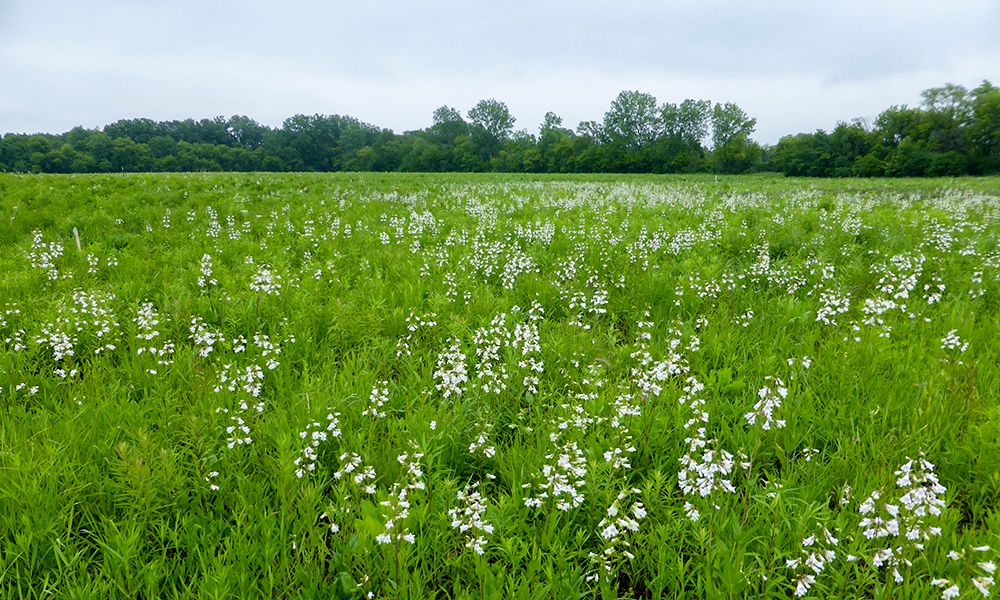