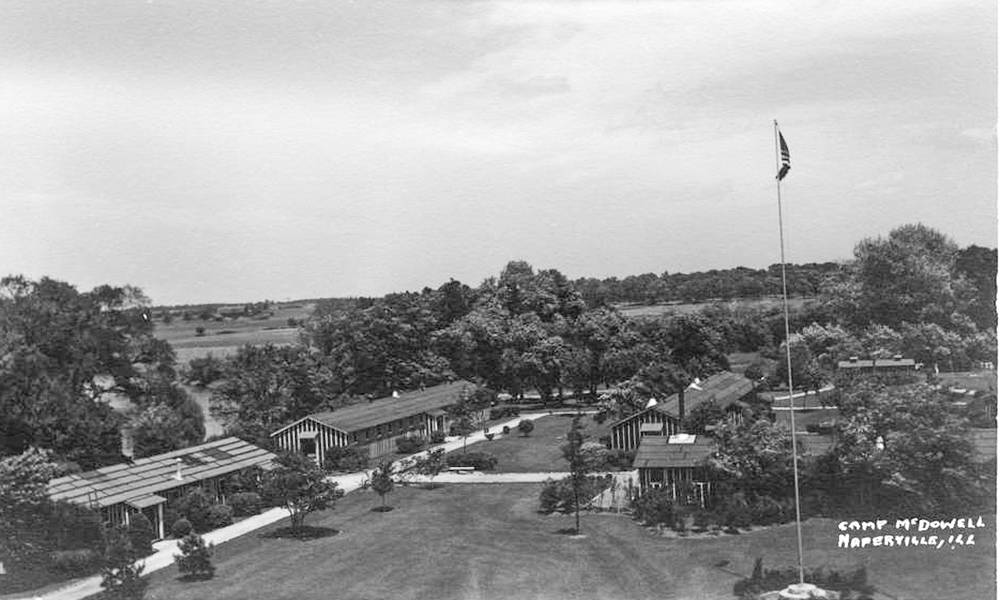 Sometimes the history of a DuPage forest preserve is simply forgotten, but other times it is purposely kept secret. In the 1940s, McDowell Grove Forest Preserve in Naperville played more than one clandestine role, sparking rumors that evolved into legends.

Although these legends are a blend of myth and truth, we know McDowell Grove Forest Preserve contributed to America’s national defense in a decade dominated by World War II and the emergence of the United States as a superpower.

Even before the Germans began conducting air raids on London, the British had secretly developed a technology they hoped would give them an edge in war: radar. This technology was vital to the British in WWII.

In anticipation of U.S. involvement, the British covertly shared radar technology with the United States. The U.S. Army Signal Corps, in partnership with technical colleges in Chicago, established a radar school at McDowell Grove Forest Preserve. Reportedly built in 28 days, the school, or “Camp McDowell,” was built by using old Civilian Conservation Corps (CCC) structures at the preserve and constructing some new ones, including a nearly four-story building to house the radar on a platform. 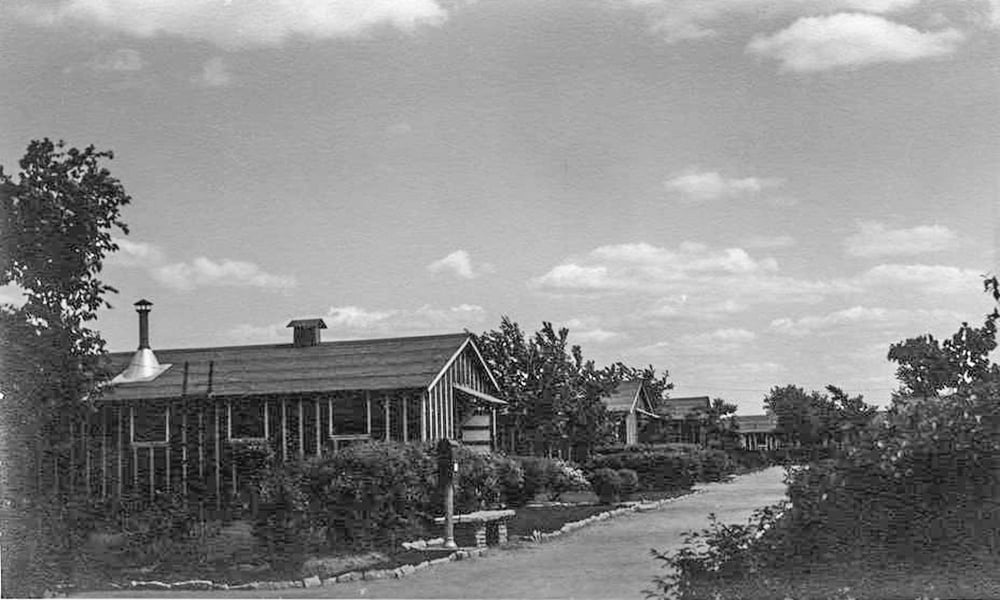 The Signal Corps at Camp McDowell

A few hundred civilian students received draft deferments after passing a series of exams and programs. During the program, students were only told they would earn a special assignment under the Signal Corps. But once they arrived at Camp McDowell, students were provided housing and trained in how to maintain and operate radar so they could teach this to others in the field.

While portions of McDowell Grove remained open to the public, the camp enforced strict security measures to safeguard the confidential technology. The camp itself was surrounded by barbed wire fencing. Cameras were prohibited from the radar school and radar manuals and textbooks never left the radar building, not even to be taken to the students’ barracks.

The security and secrecy likely helped fuel rumors and later legends about the purpose and magnitude of the camp. Some surmised that the structures had false fronts that were lowered at night to use the radar equipment.

Some even thought Camp McDowell was a top-secret facility that housed half of the world’s radar. Regardless of what the local community around McDowell Grove understood of the radar school, they were oblivious to the next development at Camp McDowell. 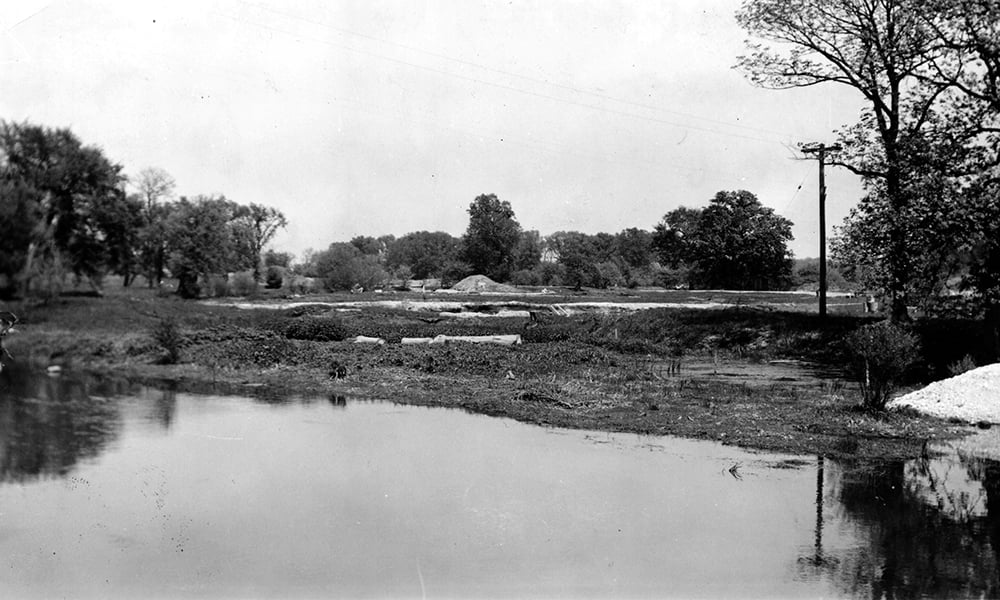 Closing McDowell Grove to the Public

On May 12, 1943, Dr. George C. Claridge wrote the DuPage Forest Preserve District’s board of commissioners acknowledging “the government” has taken over the former CCC camp for the “present purpose of training on secret equipment.”

In this letter, Claridge asked the board to prohibit the public from visiting the preserve primarily for the camp’s security and to prevent “any incident which may involve misunderstanding, and even shooting.” 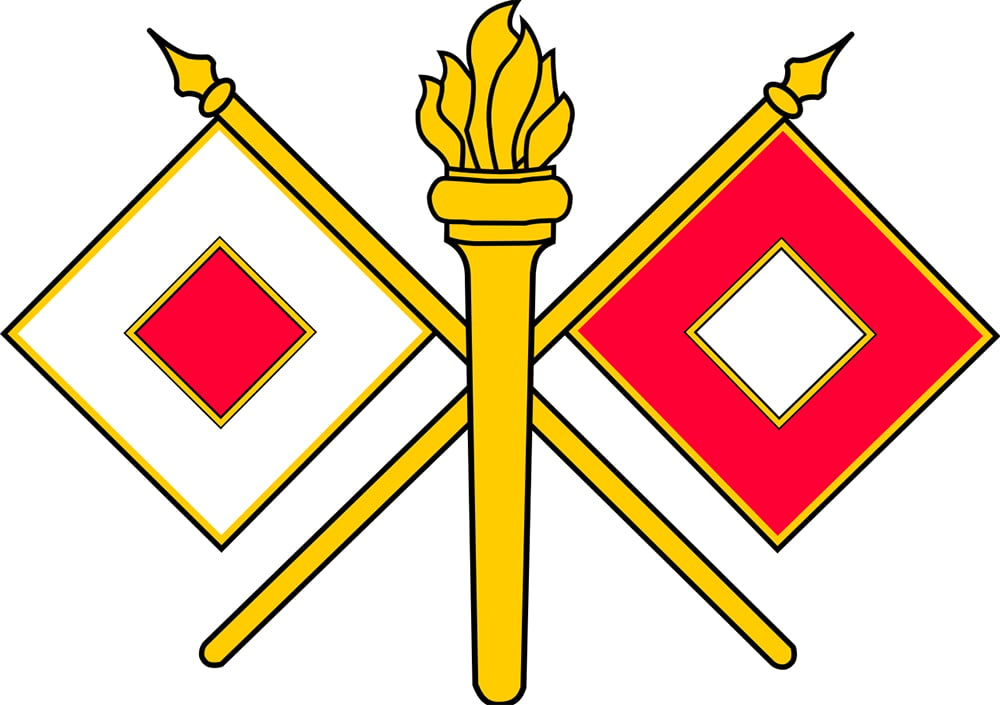 Although the radar school closed between summer and fall of 1943, the public believed a technical school persisted at the camp. In truth, though, the radar school was replaced by the Office of Strategic Services or “OSS.” Predecessor of the CIA, the OSS was the intelligence agency leading U.S. espionage during the war.

Responsible for developing a global communications network, the OSS communications branch used their headquarters at “Area C” in Virginia to train personnel to operate radios and other aspects of espionage like weaponry, demolition work, field craft, and close combat skills. “Area C” needed a remote location to engage in their communications work, so they absorbed the former radar school at McDowell Grove and dubbed it “Area M.” 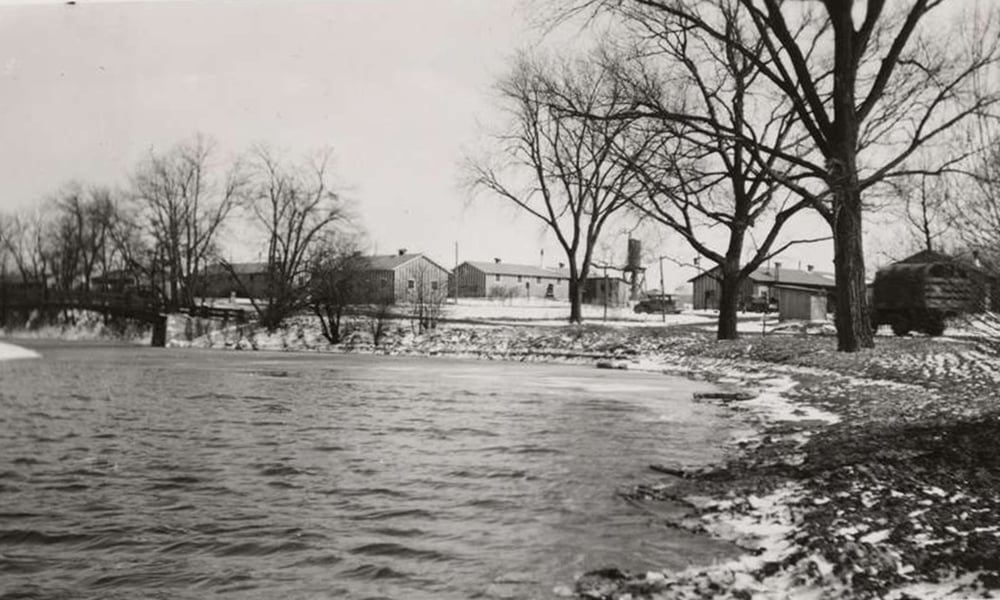 A 1937 photo of Camp McDowell. Photo courtesy of the National Archives

The Forest Preserve District seemed unaware the OSS was stationed at McDowell; even some of the rangers and camp guards were unaware of its presence. Civilian employees at Camp McDowell’s “Area M” were told to inform others they worked for a radar school. Given its nature, the OSS targeted people with diverse backgrounds for service, including Nisei, Americans with Japanese immigrant parents, for their language skills.

This diversity led some locals to believe Camp McDowell was a prisoner of war camp. In reality, these were personnel training for deployment to highly dangerous missions abroad who became pioneers for modern intelligence agents.

Those men and women who served as part of the radar school or the OSS at McDowell Grove responded to the challenges of World War II and became part of the cultural landscape. 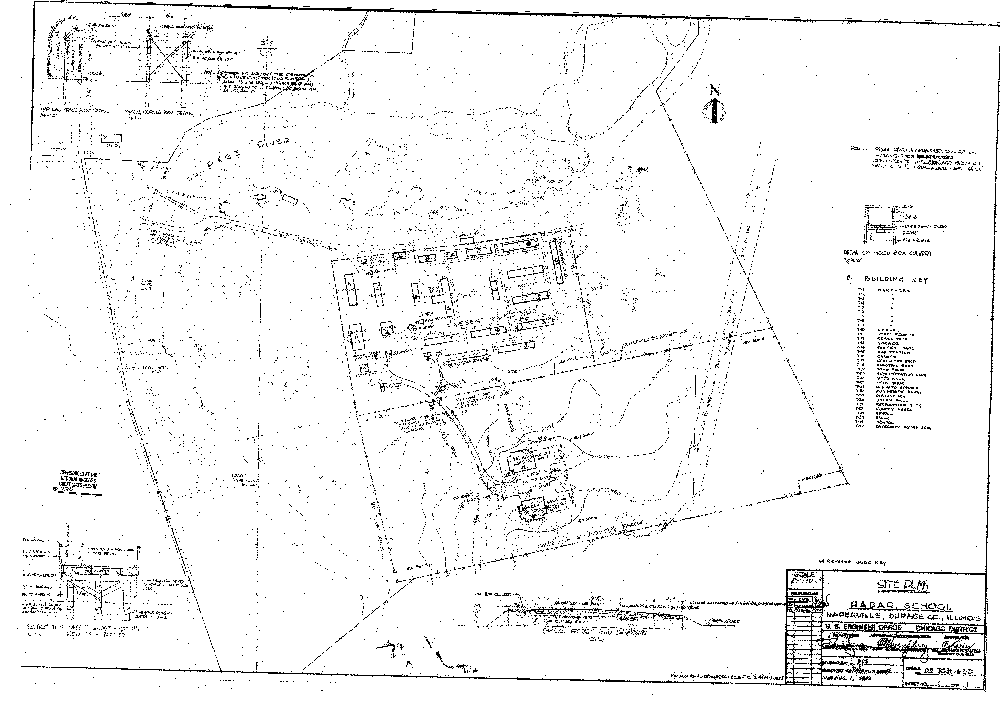 A map of the radar school at McDowell Grove.

We may never fully grasp the impact of “Camp M” and the men and women who served there during World War II. Visitors at McDowell Grove Forest Preserve today will find few physical remains of this chapter in DuPage forest preserve history.

While we continue to unravel the murky mix of truth and rumor of the past, the story of McDowell Grove and the Forest Preserve District continues. Every guest creates a part of that ongoing history, and the stories weave together.

We invite you to use our new selfie station to memorialize your experience at McDowell Grove. When you find the selfie station, set the camera timer on your smartphone and place your phone on the wooden frame and then stand in front of the phone to capture a photo of you at McDowell Grove. Share your photos on Facebook or Instagram and tag them with  #dupageforest and #dupagehistory to document your place in history. 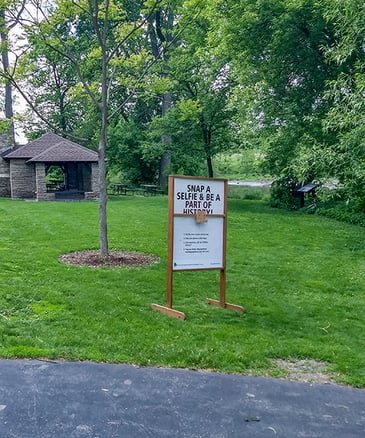 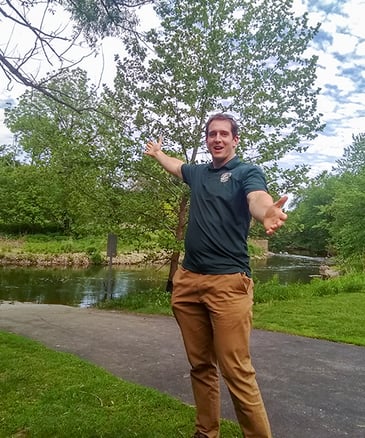