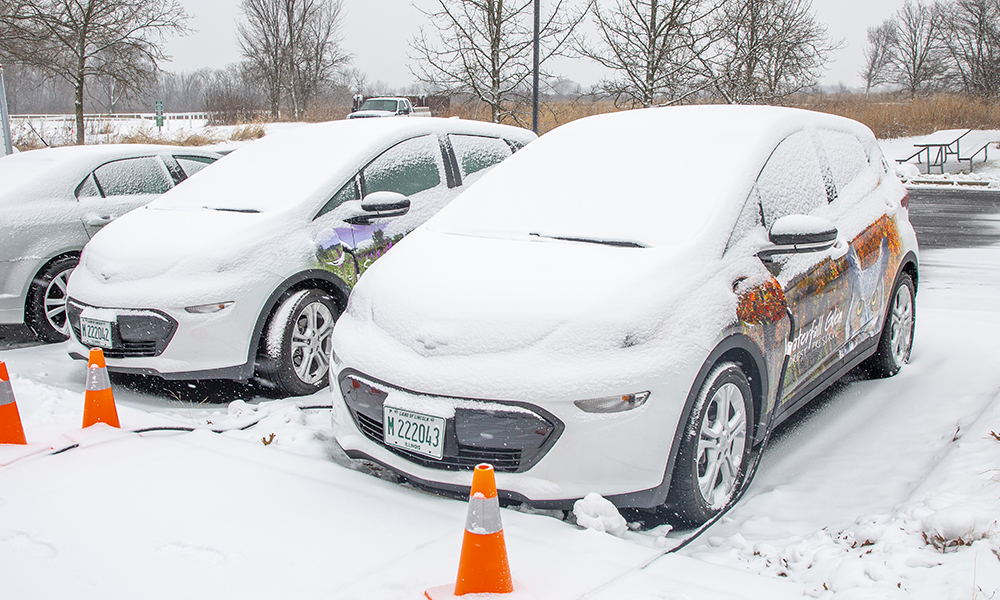 The DuPage Forest Preserve District is looking to add up to four more electric and hybrid vehicles to its award-winning fleet this year, after having much success with two electric vehicles added in 2019.

“The District is always trying to be good stewards of our environment, and adding electric vehicles as another option to our alternative fuel fleet is one more step in reducing our carbon footprint,” said District Fleet manager Michael Webster.

The District added two electric cars for use as pool vehicles at District headquarters at Danada Forest Preserve in October 2019. It hopes to add light, medium and heavy trucks to its fleet once manufacturers roll them out. 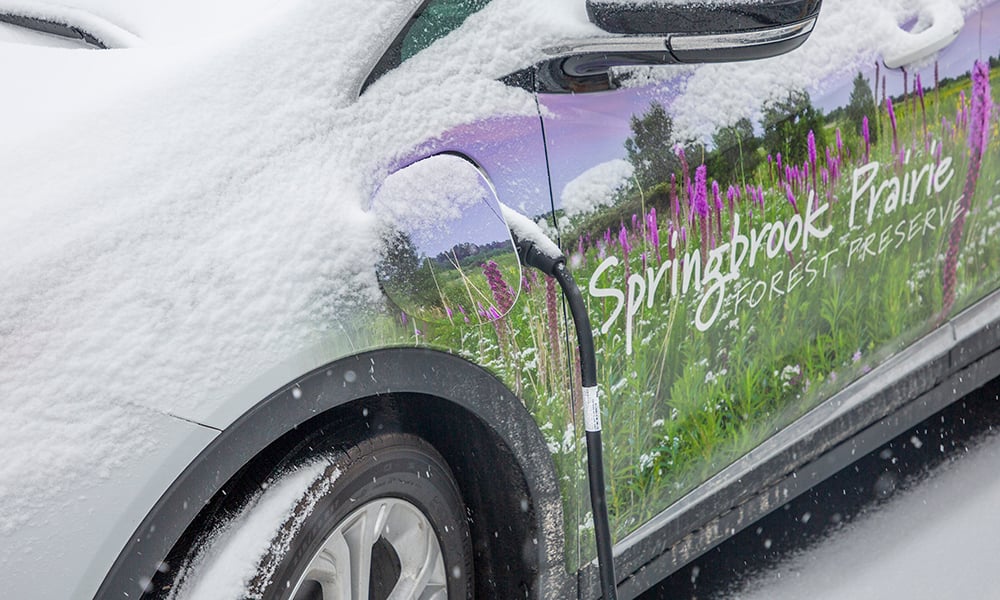 One of the District's new electric vehicles gets recharged at District headquarters.

“Electric vehicles are a natural progression for the District’s fleet of vehicles to complement our existing alternative fueled vehicles, including CNG, LPG, E85 and B20,” Webster said.

The District bought two 2019 Chevrolet Bolts and installed two charging stations for them. The vehicles are used by District staff to travel to off-site meetings and conferences, District field sites, and display at events such as Wonders of Winter at Mayslake Peabody Estate and Chicago Area Clean Cities’ events.

“Electric vehicles aren’t practical for all work applications, but for light-duty transportation they add a new option for the District,” Webster said. “It’s ideal for shorter trips like meetings or conferences in the District. Its average travel range is 238 miles on a full battery charge, so it can be used all day long without needing to recharge.” 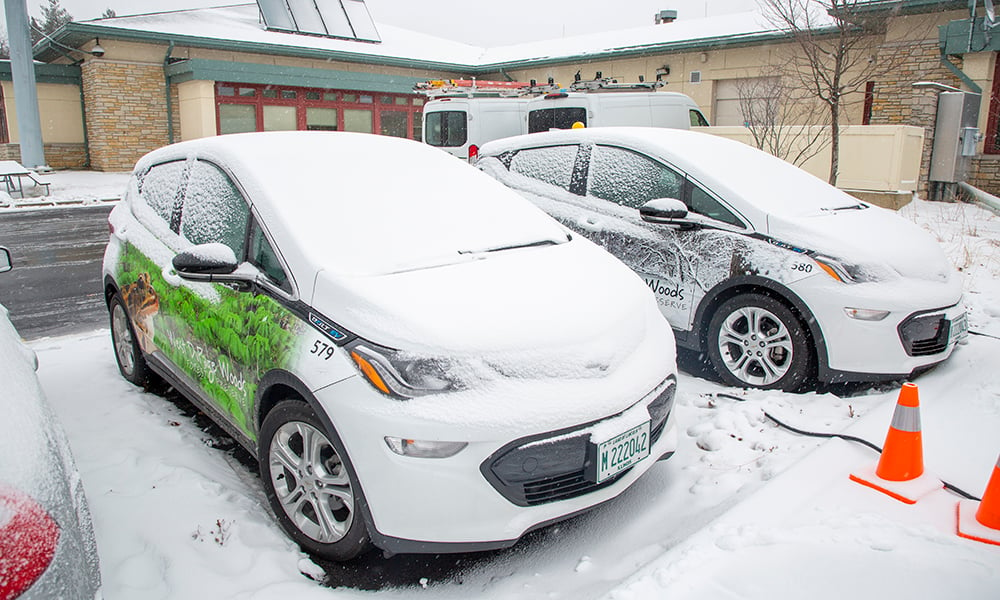 The benefits of electric vehicles are many. They have much lower greenhouse gas emissions, cost less to operate, have lower annual maintenance costs, reduce noise pollution, and have quick acceleration and responsiveness.

“Since the pool vehicles come back to headquarters every day, keeping them plugged in between trips is easy,” Webster said.

The District has 153 road vehicles and 172 pieces of equipment that use alternative fuels such as liquefied petroleum gas, compressed natural gas, ethanol, biodiesel, hybrid electric and electric. It has been recognized as one of the 100 Best Fleets in the Americas, one of Government Fleet Magazine’s top 50 fleets in the nation, and HDT Magazine’s top Green Fleets. 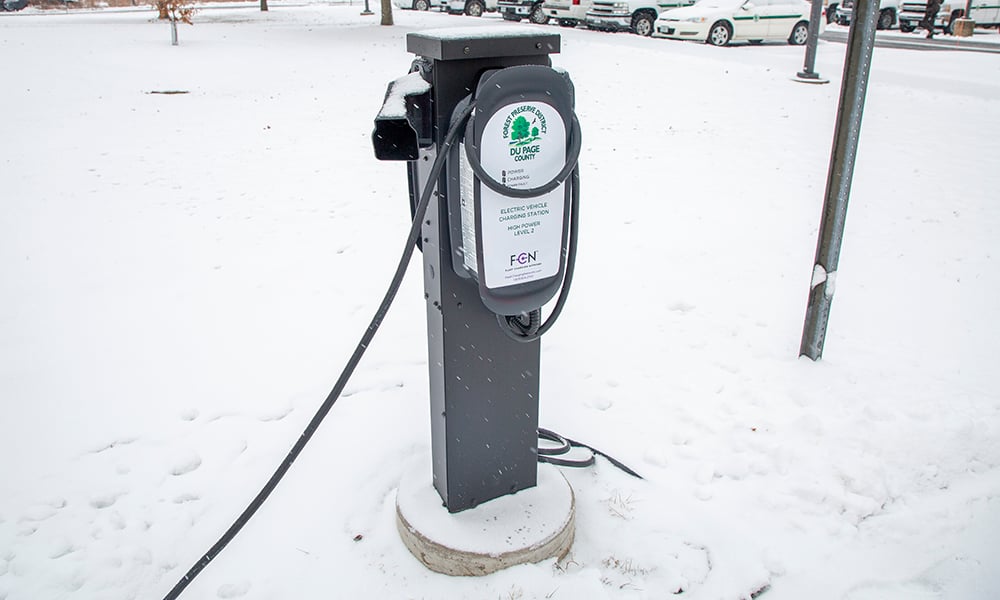 The District installed a charging station at District headquarters for the new electric vehicles.