Pelican Reunited with Birds of the Same Feather

Pelican Reunited with Birds of the Same Feather 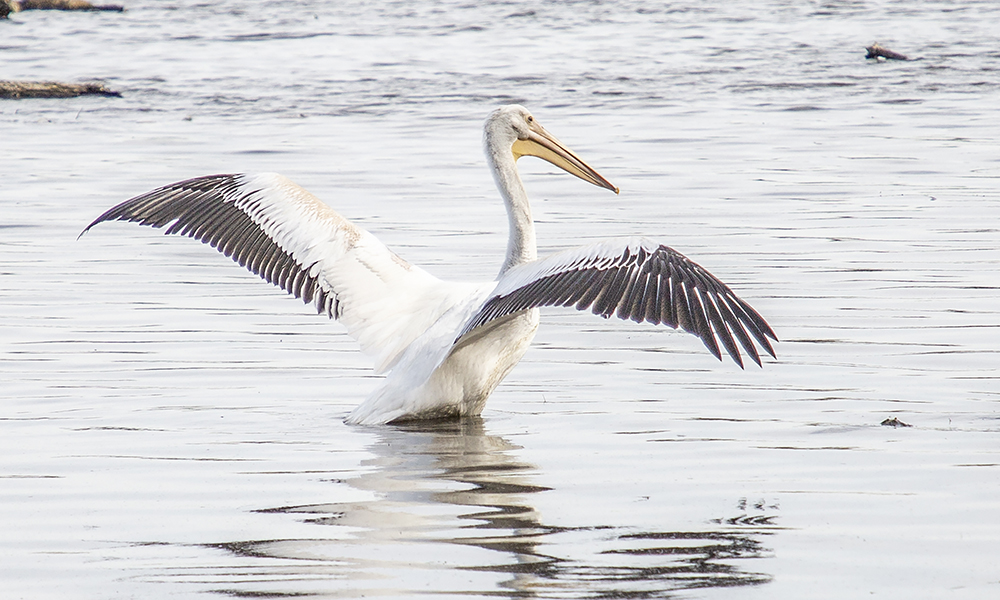 An injured American white pelican is back on track to fly south with its feathered friends after being treated at Willowbrook Wildlife Center and released near a flock of pelicans on the Des Plaines River in Will County.

The pelican was admitted to Willowbrook on Oct. 4 after it was found “down and out and not moving away from people” on a beach in Evanston. The bird had parasites, was thin and had a small laceration on its left wing, which Willowbrook staff surgically repaired and treated it with antibiotics.

Willowbrook wildlife specialist Rose Augustine said the pelican appeared to be an adolescent that was adapting to life on its own and starting to migrate. After a few days of rest and lots of fish, it was ready to be released. 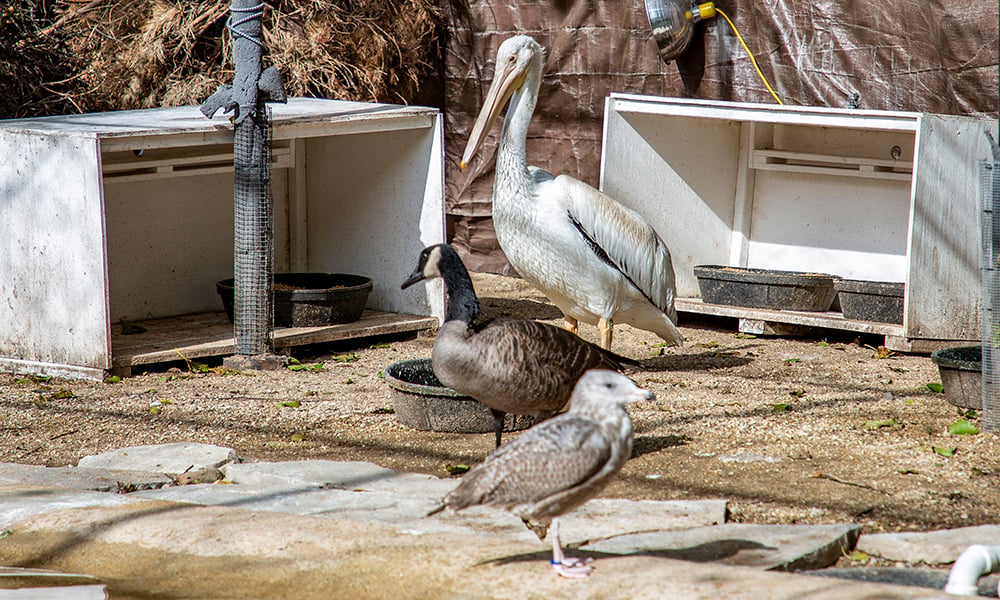 An American white pelican treated for injuries at Willowbrook Wildlife Center hangs out with a Canada goose and herring gull in an enclosure shortly before being released.

“We fattened it up, gave it lots of food and gave it some space for exercise,” Augustine said. “We monitored the wound and treated it with antibiotics to minimize any chance of infection. When the wound was healed, our vet removed the stitches and gave it a clear bill of health so it could be released.” 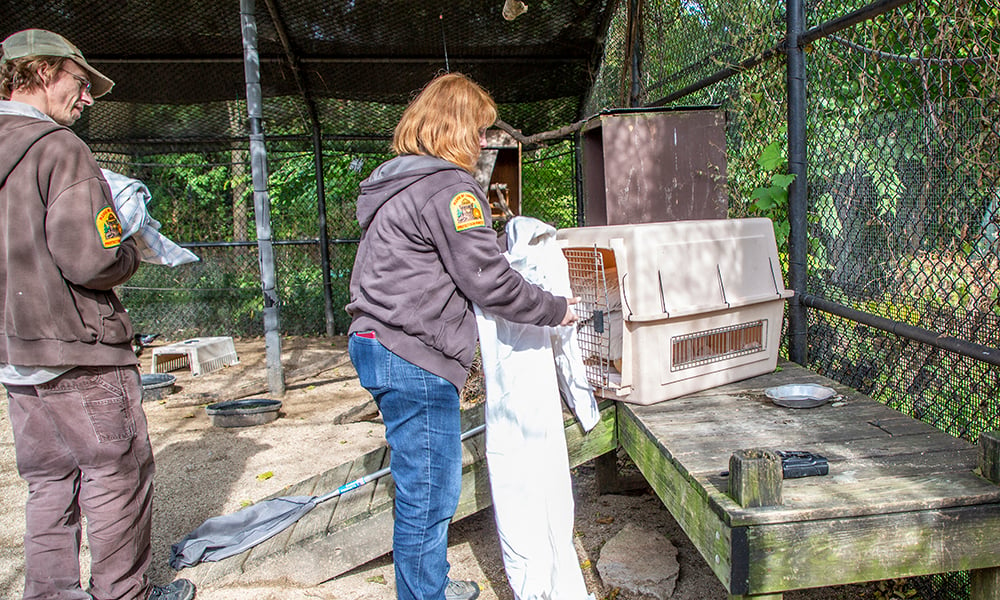 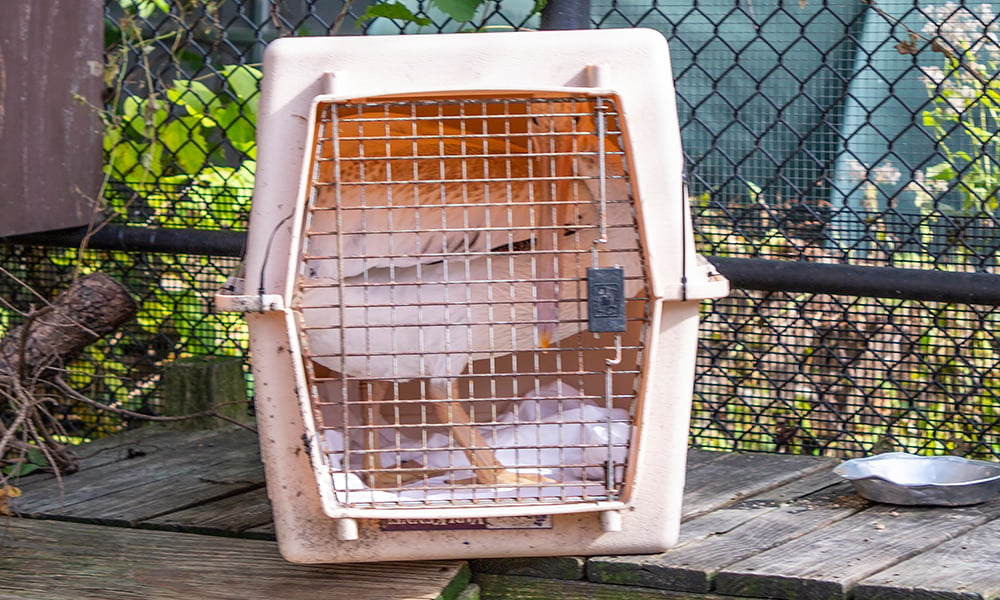 Willowbrook wildlife specialist Rose Augustine puts the pelican in a crate so it can be transported to its release location.

Willowbrook typically releases wildlife in DuPage County, but there were no known flocks of American white pelicans in DuPage at the time, Augustine said.

“As near as we can tell, this bird hatched out this year, so it’s still a relatively young bird,” Augustine said. “Because pelicans are very social birds, it’s really important for them to be released into a flock of other animals.”

“Based off of tracking information from the local birding community, I heard there were regular sightings of pelicans in this area,” Augustine said. “That’s why we wanted to release the bird down here, so it could be with other birds of the same species.”

“This is a regular spot for them. A couple weeks ago we had over 200 of them here. They love this spot where the DuPage merges with the Des Plaines River,” Gutmann said. “Knowing the work Willowbrook does and having it all come to fruition here and seeing one of the pelicans released, it’s just neat.” 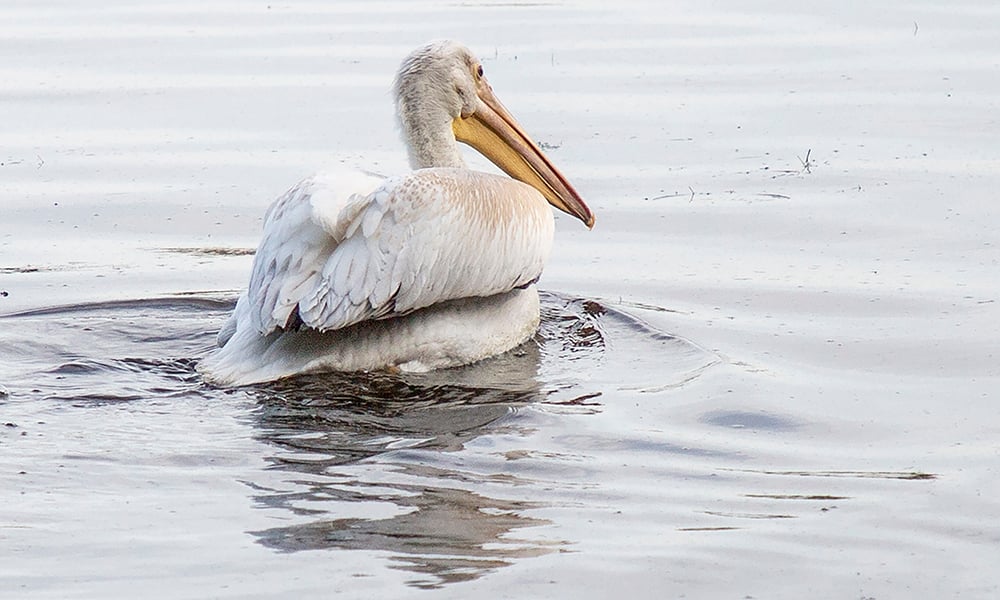 Augustine contacted Gutmann and got the necessary permits to release the pelican there.

“Because this is a migratory species, we wanted to make sure to get it released and with the flock before they start to migrate further south,” Augustine said. “This is prime migration time for the species.”

On the banks of the river, in sight of a flock of pelicans, the pelican was released and stepped into the water and swam away. After a short time, it circled the pelican flock before settling in with the group. 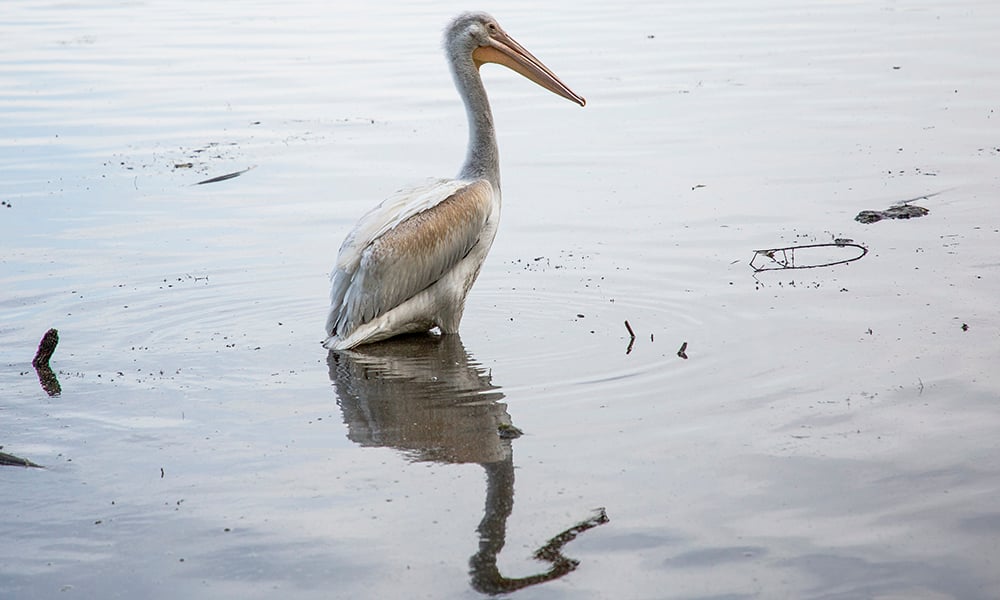 “This is the most rewarding part of the job. This is why we do what we do,” Augustine said. “Our hope is always to get animals treated and get them back into the wild where they came from.”

American white pelicans are one of the largest flying birds in North America. They stand between 4 and 5 ½ feet tall and have a wingspan of about 9 feet. They weigh about 14 pounds.

These pelicans migrate through the area in the spring and fall. They are now flying south for the winter. 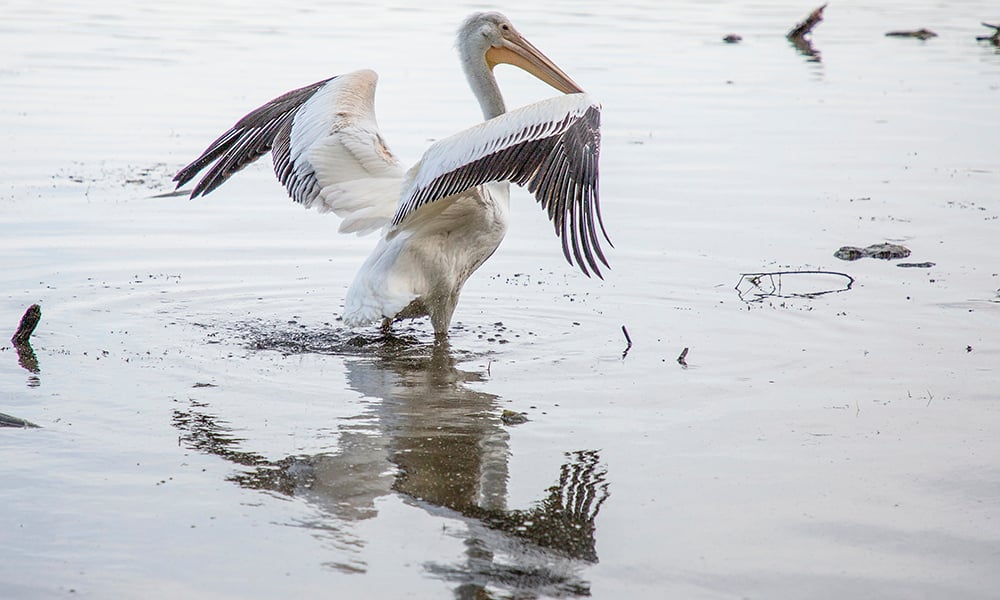