DuPage Forest Preserve Police Get Improved Eye in the Sky

DuPage Forest Police Get Improved Eye in the Sky 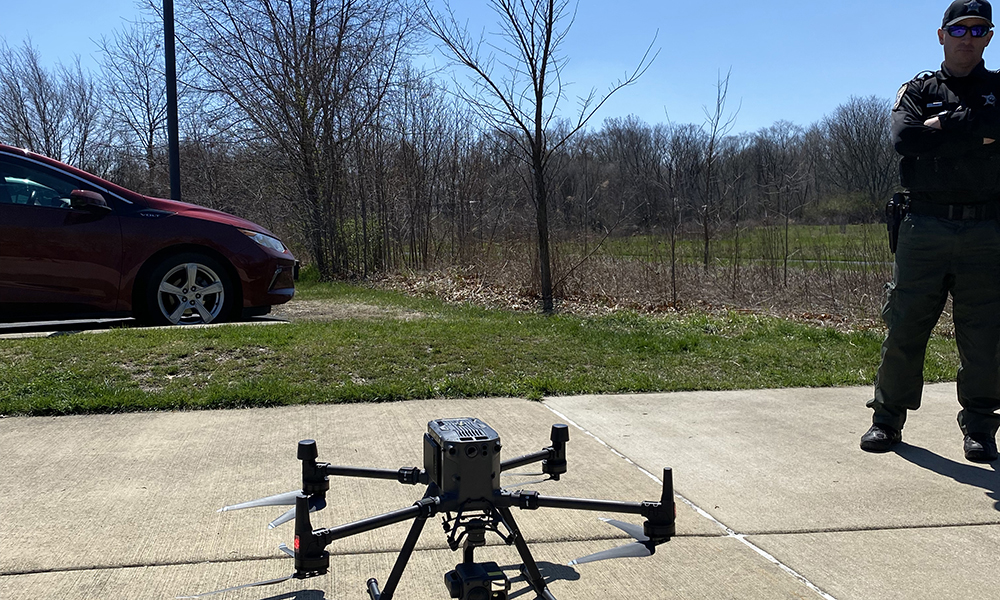 The drone will be used to help police search for missing and lost people, fleeing suspects, and crime scene documentation.

The new drone, a DJI Matrice 300 RTK with Zenmuse H2OT camera, can fly for 55 minutes, transmit more than nine miles, and function in temperatures ranging from –4 to 122 degrees Fahrenheit. It has a 131-foot detection range, and dual vision and time-of-flight sensors on all six sides.

The camera is equipped with thermal imaging that uses infrared sensors to detect temperature differences of objects in its line of sight, said Forest Preserve District Police Sgt. Krist Schroeder. The drone also has a powerful zoom camera, a wide-angle lens, and a 3m-1200m laser range finder. 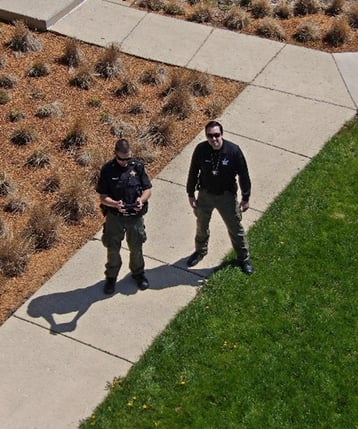 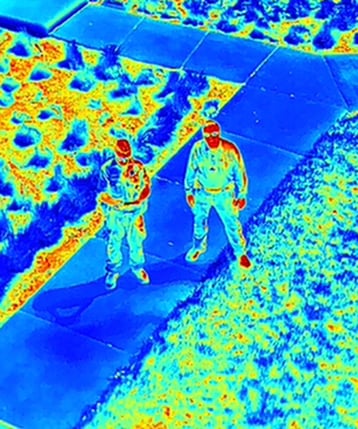 A photo of two Forest Preserve District police officers taken by the drone. The one on the right uses the drone's thermal imaging capabilities.

“We are excited to acquire this highly advanced drone,” DuPage Forest Preserve District Police Chief David Pederson said. “Our department has a new tool that not only is a resource to the District, but to all our visitors. The drone will help aid in lifesaving search efforts in times of emergency.”

Six police officers and two sergeants on the department have been trained to use the new drone, Schroeder said. 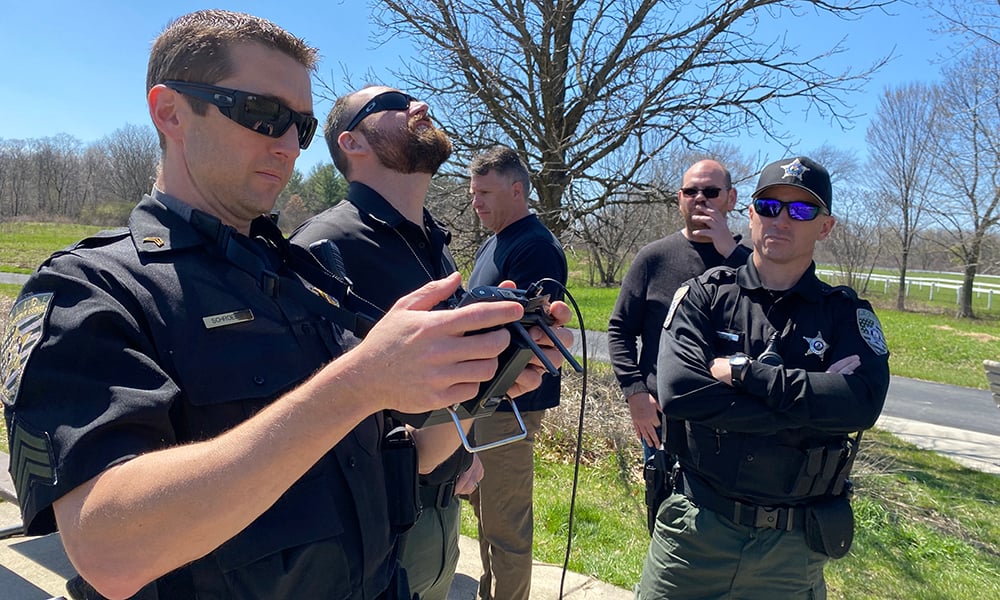 “The Friends contribution made it possible for the department’s drone program to keep up with new technology for saving lives,” Pederson said.

The police department got its first drone, a DJI Mavic Enterprise Dual, in November 2019, but it cannot zoom with the thermal image camera, and requires low-level flight and line of sight, Pederson said. Flying is limited to ideal weather conditions, it has a short flight time, a fixed camera and cannot be upgraded, he said. 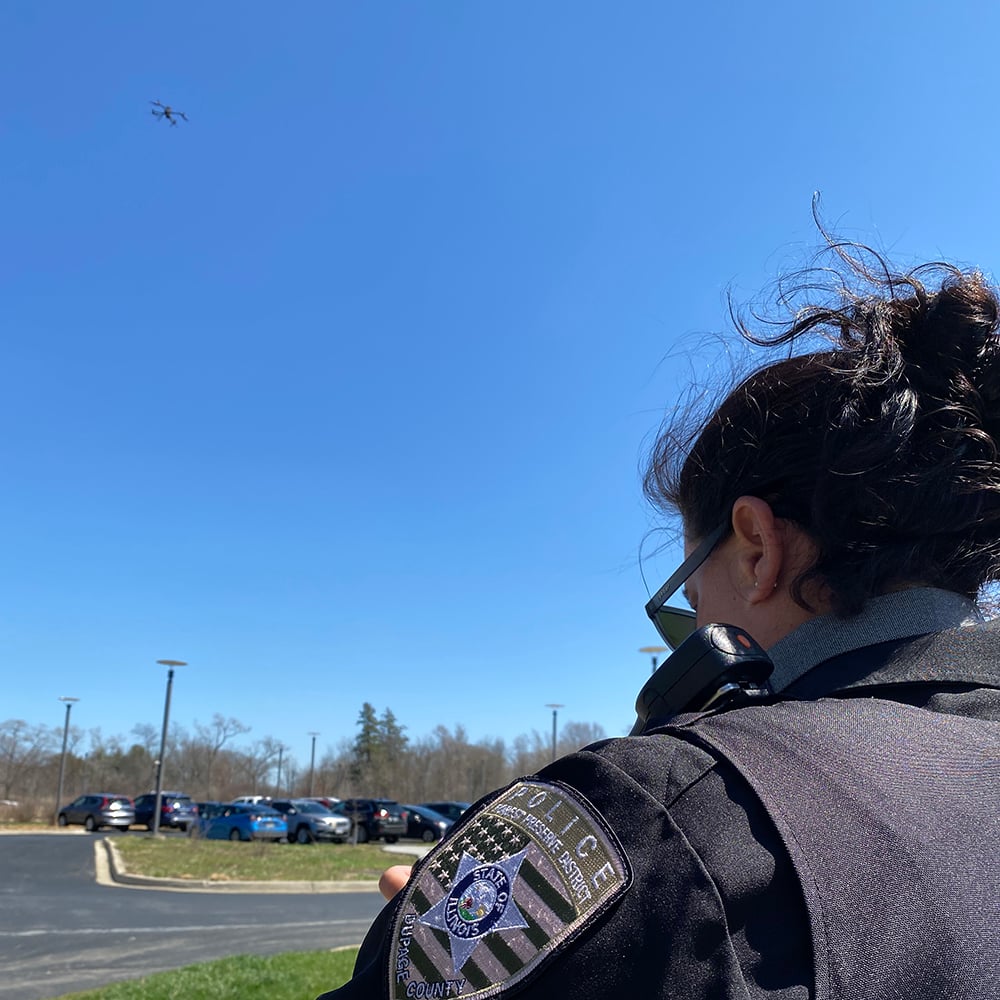 In the past drones have been used to assist in police rescue operations. In April 2019, police were able to find an insulin-dependent missing person at Mallard Lake Forest Preserve using Elgin Police Department’s thermal-imaging drone. The individual was found in six minutes under dense brush in a desolate densely wooded area. The individual was unconscious and in need of medical attention.

Elgin’s thermal-imaging drone was also used to find a person at James “Pate” Philip State Park in Bartlett, and to try to find a woman swept away by the West Branch DuPage River in Winfield Mounds Forest Preserve in Winfield in May 2020.

DuPage Forest Preserve District police get instructions on how to use the new drone. 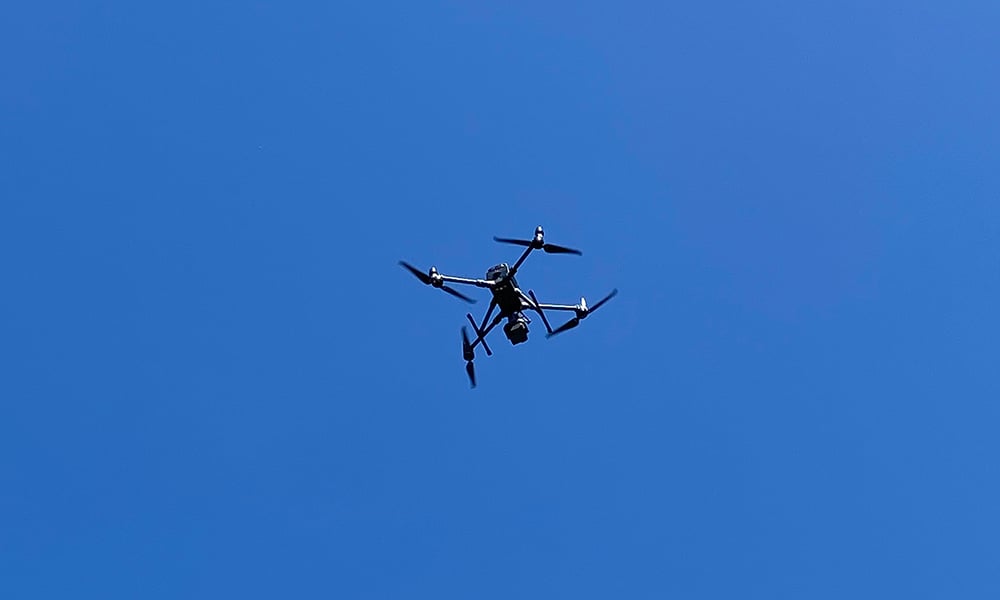 The new drone, a a DJI Matrice 300 RTK with Zenmuse H2OT camera.