The Power of Pollinators

The Power of Pollinators

“Nature is to be found in her entirety nowhere more than in her smallest creatures.”
~ Pliny the Elder

Who hasn’t been told that it’s the little things in life that matter? This time-honored lesson relates to many situations but is never more relevant than when applied to the vital but often underappreciated role of animal pollinators. Our very existence, after all, depends on these tiny creatures.

About 75 percent of the planet’s 250,000 species of flowering plants could not produce seeds or fruits without animal pollinators. In fact, researchers estimate that one in every three bites of food we eat exists because of them. Without their services, there would be no apples, pears, melons, kiwi, cranberries, blueberries, potatoes, squash, nuts, shade-grown coffee or — Are you sitting down? — chocolate! If a bowl of gruel sounds tasty, that’s no problem. Most grasses and grains are pollinated by the wind.

How The Partnership between Plants and Pollinators Began

It’s a story that began millions of years ago when one of nature’s most extraordinary partnerships evolved, one that bridged the worlds of plants and animals.

Stationary plants began producing sweet, energy-rich nectar and protein-packed pollen, which lured mobile animals. As these accidental tourists fed on the nectar, the pollen, which carries a plant’s genetic information, stuck to their bodies and legs.

When the animals visited others flowers of the same species, some of their excess baggage dropped off, fertilizing the plants, which then produced seeds and fruits. And flowering plants didn’t stop there. In a process called “pollination syndrome,” they evolved other features — colors, patterns, scents, shapes, structures and bloom times — to attract specific partners.

So who are these humble heroes that plants are so eager to attract? Worldwide there are about 200,000 different kinds of pollinators. A thousand of them are birds and bats and other small mammals. 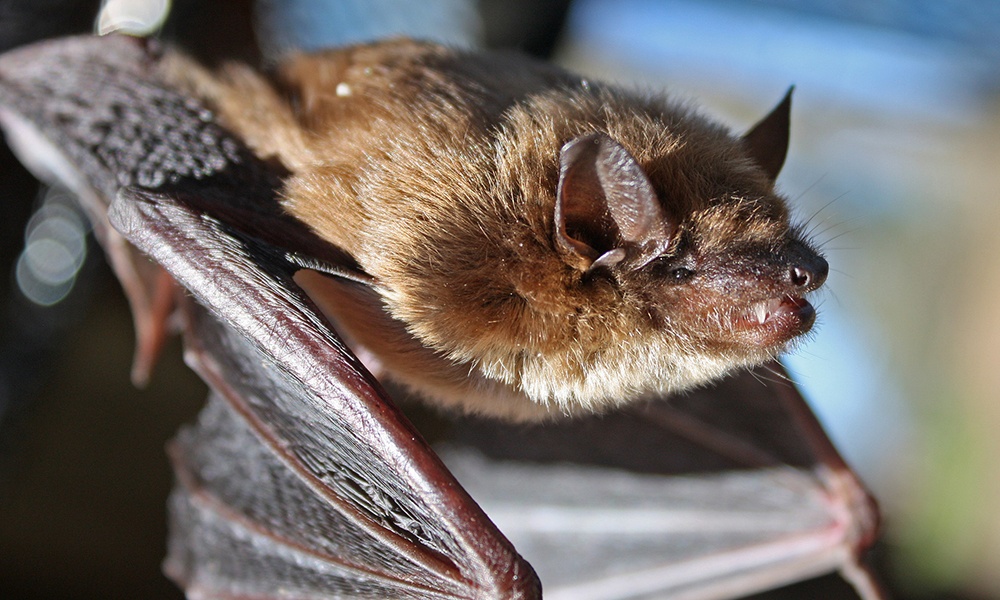 Busy as a Bee

Bees are our primary pollinators, and as anyone who’s seen “Bee Movie” knows, they haven’t had a day off in 27 million years! Honeybees from Europe are indispensable to agriculture, but carpenter bees, bumble bees and our 4,000 other native species are responsible for the majority of our flowering plants.

Long-tongued bees prefer tubular flowers, such as foxglove beardtongue, a native member of the snapdragon family. Short-tongued bees look for sunflowers and other species with shallow florets.

All bees, though, have a fondness for white, purple and yellow and can see ultraviolet. Plants such as common cinquefoil take advantage of that last fact by displaying ultraviolet markings that direct bees toward their nectar-filled centers. 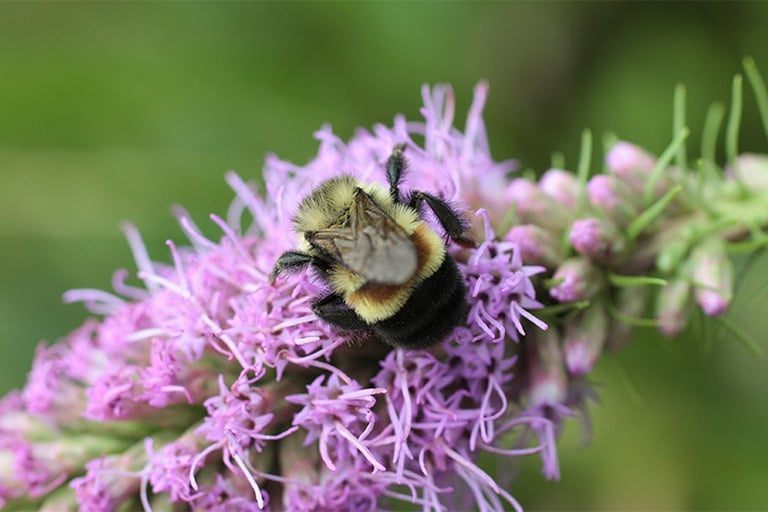 A Little Help from Their Friends

With over 25,000 species in North America, you’re likely to see a few beetles pollinating your flowers. Beetles rely on their sense of smell to find food and places to lay their eggs.

They are enticed by strong fruity or decaying scents. Clumsy flyers, they look for reliable landing pads of large flat flowers or flower clusters such as goldenrod and spicebush.

Butterflies are probably our most appreciated pollinators. Plant milkweed or other brightly colored blooms with large landing pads in a sunny basking spot, and they will comply.

Their straw-like proboscises can reach into even the longest nectar spurs. At night, their cousins the moths take over, flying to pale pink, green and white flowers with strong scents.

Some play quite impressive roles. The sphinx moth, for instance, is the only insect that pollinates the federally threatened eastern prairie white fringed orchid. 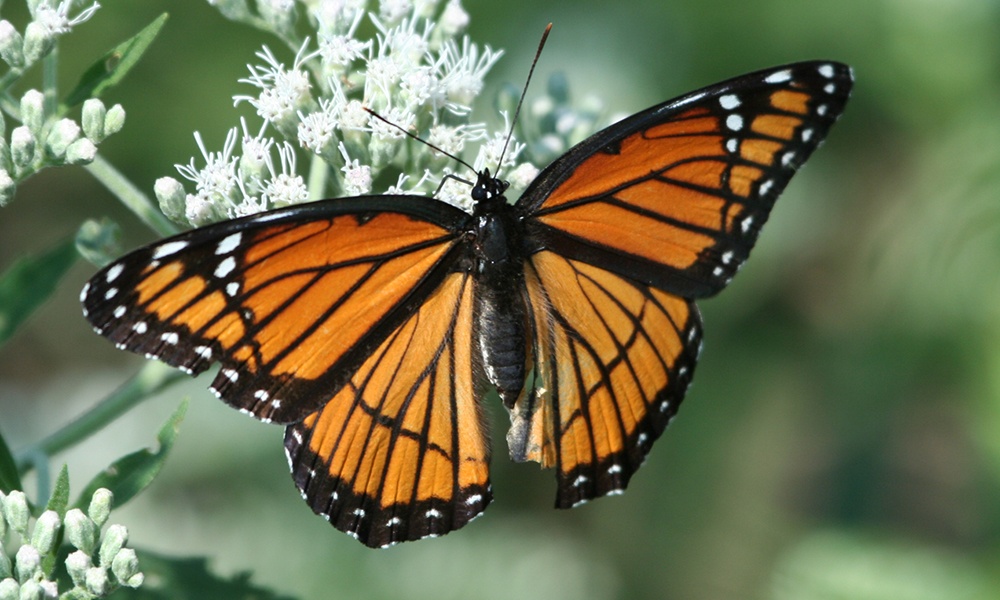 And the Season's Earliest Pollinators

And finally, put the flyswatter down! Flies and mosquitoes, an abundant and diverse group, are some of the world’s best pollinators.

Flies are among the earliest pollinators to emerge, so they’re paired with the earliest blooming flowers, such as skunk cabbage and papaw. These clever plants go even one step further by luring flies with dark red putrid-smelling flowers that mimic carrion, where the insects normally lay their eggs.

Flies are responsible for spices like coriander, caraway and fennel as well as onions, carrots and mangos. They might not fit your ideal pollinator profile, but it’s a tiny midge fly that pollinates the small white flowers of the cocoa tree, which gives us chocolate. 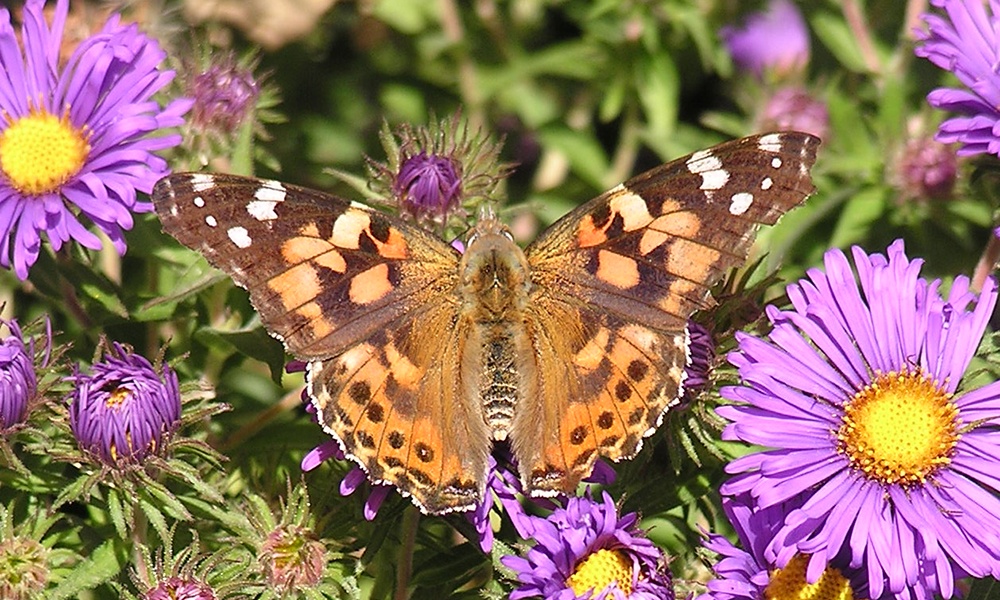 Celebrate the Power of Pollinators

Animal pollinators are of critical importance. Agricultural crops that rely on them would be fruitless if they disappeared. Native flowers, trees and shrubs that depend on them to develop seeds and berries — critical sources of food for wildlife — would be bare.

Loss of habitat, herbicides, pesticides and disease are stressors to these tiny titans, but simple changes can fortunately help. As you’re planning your garden, think about pollinator preferences, and choose native species with a variety of shapes, colors, scents and bloom times.

And don’t forget that perfect lawns and gardens are not necessarily perfect habitats. Pollinators rely on dandelions and clovers as much as the flowers you plant and chemicals that target “pests” eliminate beneficial insects, too. Remember, it’s the little things in life that are, in fact, essential to it.