Setting the Stage for Restoration

Setting the Stage for Restoration 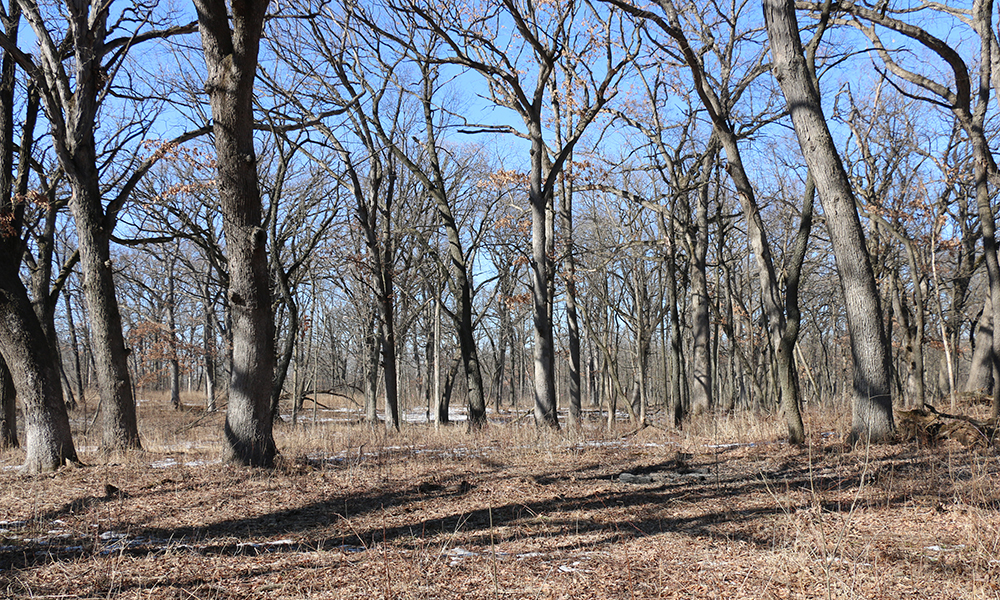 With a creek gently winding through a centuries-old oak forest, Belleau Woods stands as one of the county’s rare high-quality woodlands. Its woodland, shrub meadows, vernal ponds and small stream qualified its dedication as an Illinois Land and Water Reserve in 2013. The preserve supports 81 different species of wild animals, including the state-endangered black-billed cuckoo, and 310 native plant species, seven of which are regionally rare.

Today, however, invasive nonnative plants and shrubs continue to threaten this ecosystem, particularly its northern area.

The Forest Preserve District hired V3 Companies to help with the removal of invasive nonnative woody brush and small trees as a first step in returning greater diversity to the forest preserve.

What was once a high-quality oak savanna and prairie over many decades became overgrown with invasive and exotic plants — like buckthorn and honeysuckle. 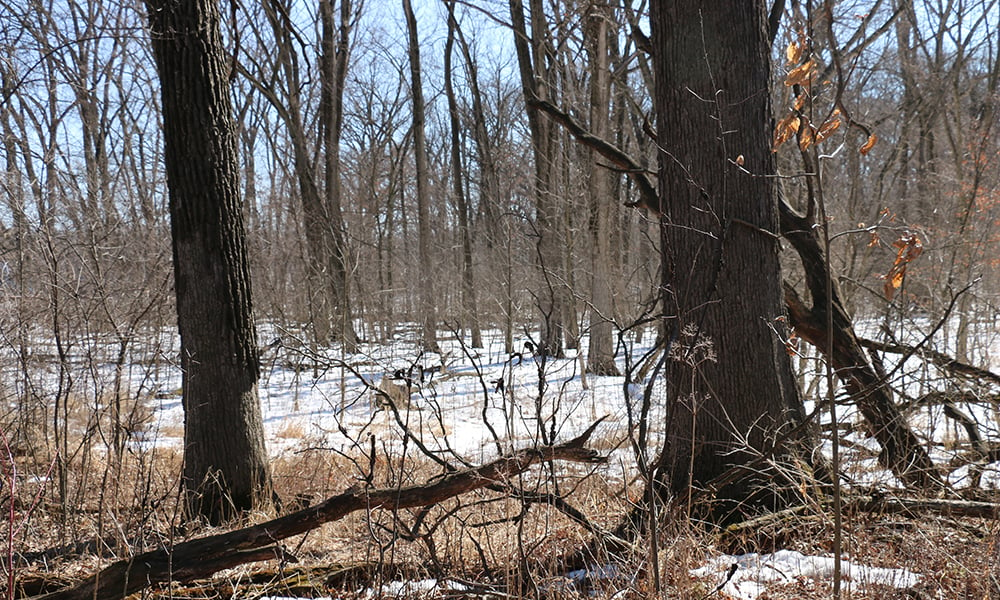 Invasive nonnative woody brush, including buckthorn and honeysuckle, are targeted for removal.

Natural resource project coordinator Nick Fuller, who is leading the habitat-restoration project, said the Forest Preserve District has performed an investigation about the site’s history. “Step one is to identify what plants were here before settlement and then eventual urban development,” he says. “This history helps to guide the conditions we will try to recreate in the community.

“If you look at an aerial depiction of DuPage County from 1939, this site will look dramatically more open than it is today. Perhaps up to 50 percent of the land was unwooded at that time.” 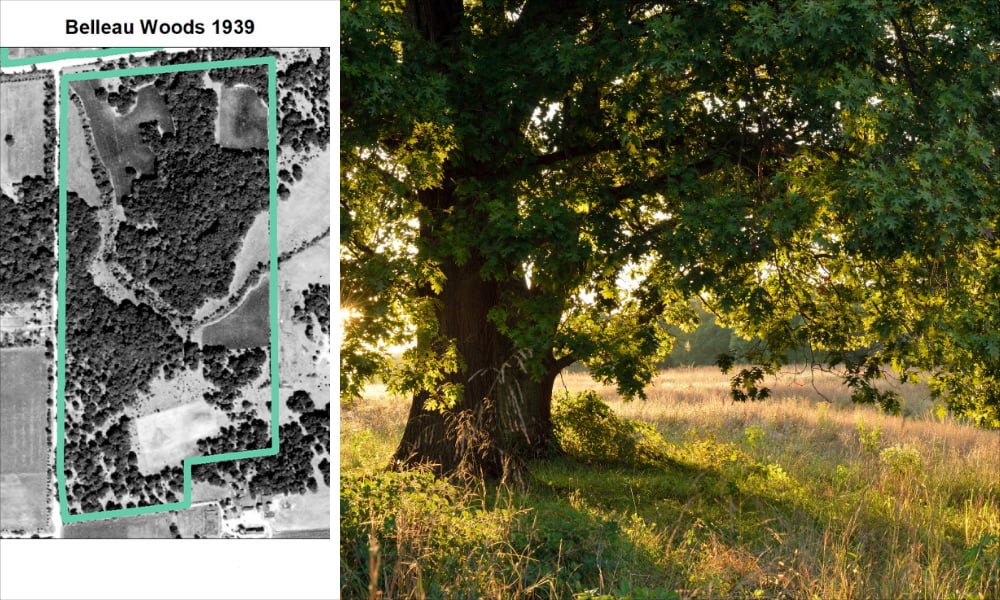 Belleau Woods once flourished with large, fire-tolerant oak trees, as seen in this aerial map from 1939 (left).

An aerial depiction of the site from 1939 reveals that mature oak trees once dominated the area. Native grasses and wildflowers also grew in the wide, open expanses between these oaks.

The cessation of purposefully set fires by indigenous people during pre-settlement in addition to agricultural practices in later years likely contributed to the site’s present-day condition. “When Europeans moved to the area, they halted the use of fires to clear and maintain the land,” said Fuller. “They began to till the prairie, which was fertile, to create fields to grow crops. They also learned the surrounding woodlands were untillable and unviable for planting purposes. 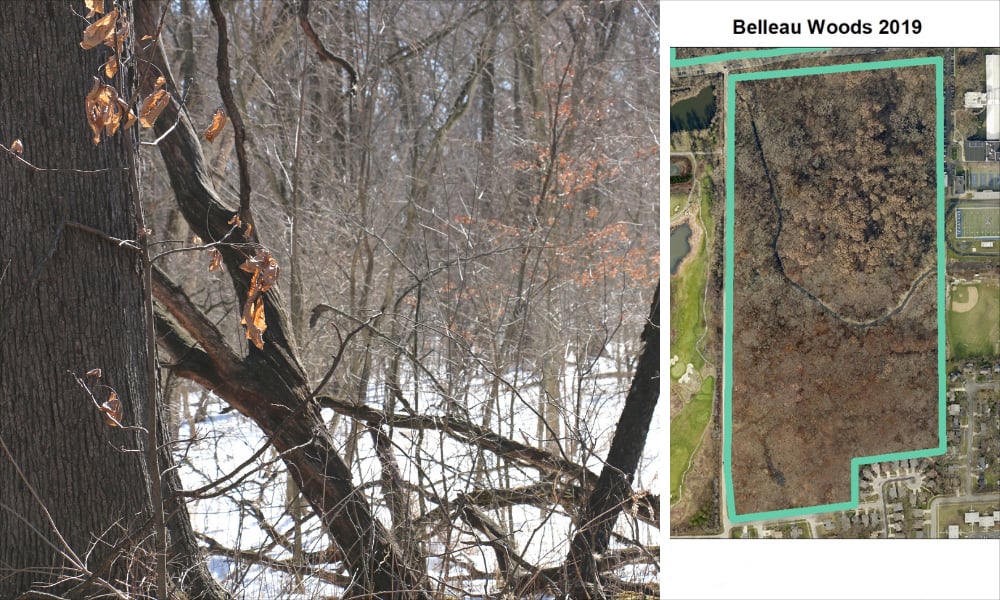 Invasive nonnative woody brush and small trees (left) have overtaken the northern half of Belleau Woods.

“In later years, farmers turned out their cattle to graze in these communities, which kept the woodlands open. Soon after, the woody vegetation started to come back. First it was the native plants; then nonnatives were introduced to the sites. 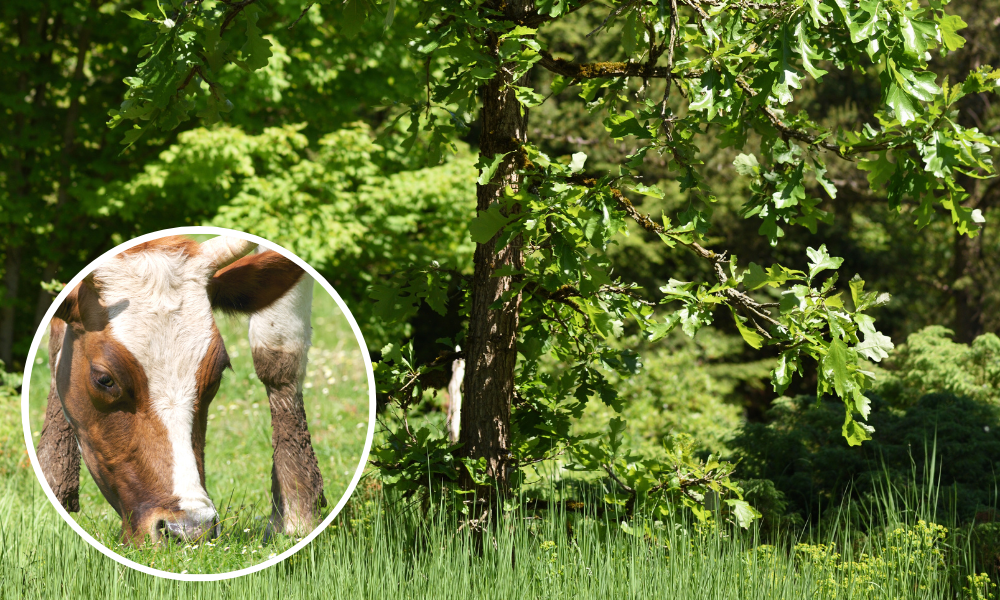 Farmers once grazed their cattle in oak woodlands in DuPage County, depleting native grasses and wildflowers and even damaging young saplings.

Fuller went on to discuss the restoration work performed at the site and the conditions that would be favorable for its future management.