Woodridge Man Has Quite a Fish Tale

Richard Karun has been exploring DuPage forest preserves ever since he moved to DuPage County in 1995.

“I love fishing and exploring with my children,” Karun said. He’s loved nature “ever since I was a little kid. That’s all I did.”

The Woodridge resident said he’s inspired by nature. “It gives me time to think and enjoy beauty.”

Karun was fishing on Salt Creek at Salt Creek Park in Wood Dale on April 26 when he hooked the biggest musky he'd ever caught.

“I was throwing a Panther Martin spinner to see what I could catch, and what a surprise!” he said. He also caught a pike that day. He didn’t weigh or measure the musky, but believes it was about 40 inches long. Karun released it back into the creek. 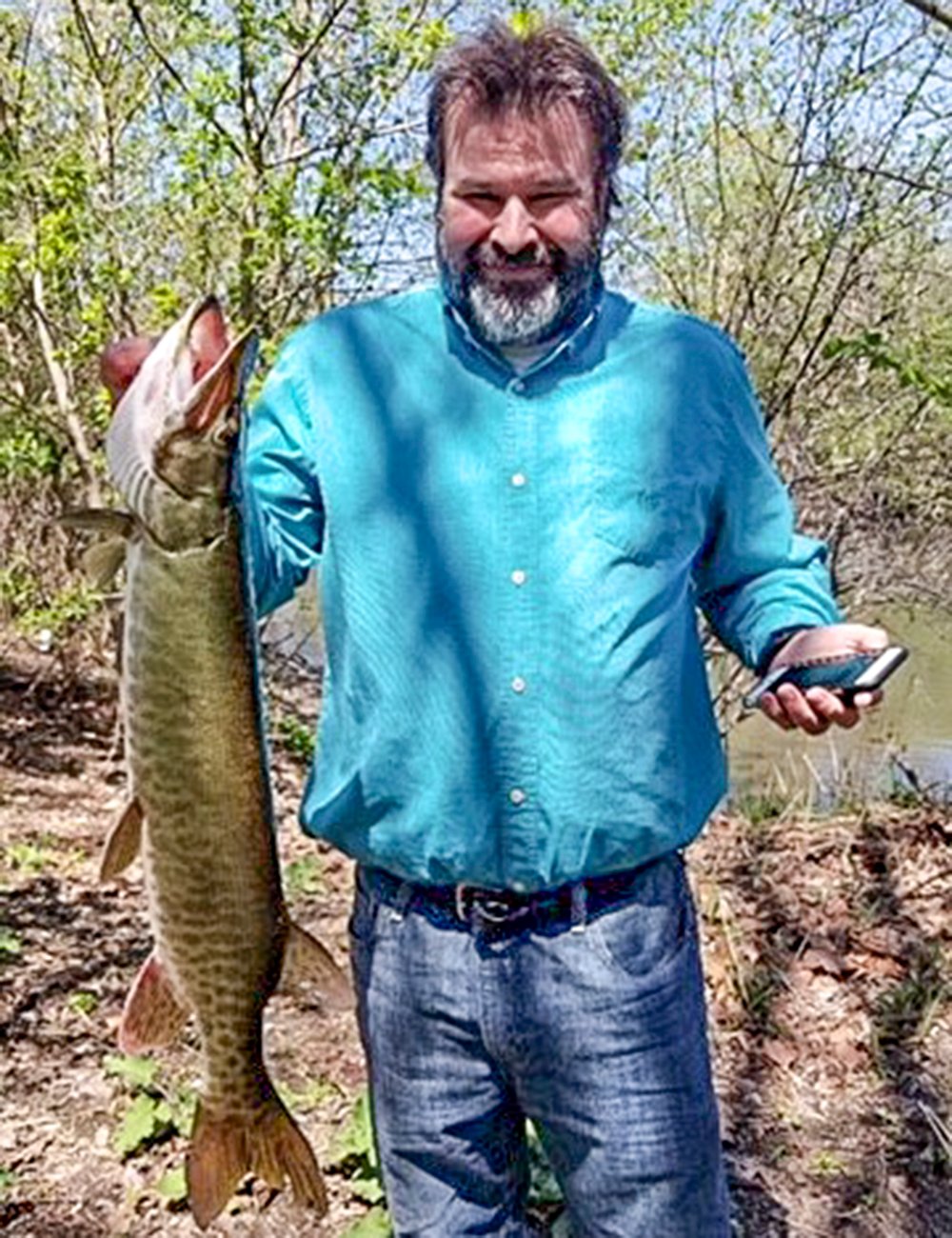 Richard Karun with his April 26 catch.

The surprise musky catch prompted a spirited discussion on the District’s Facebook page about how it was possible for a musky to be on Salt Creek.

“The fish is likely from Busse Woods in Cook County,” Grigas said. “They have a pretty serious musky fishery. There’s a dam on the south end of Busse Lake that spills over, and every year a bunch of fish (including musky) move through.”

“We actually assist Cook County Forest Preserve District almost every year on their ‘musky salvage,’ where we try to recapture musky and put them back in Busse Lake,” Grigas said. “There have been musky caught as far down as Fullersburg Woods at Graue Mill.” 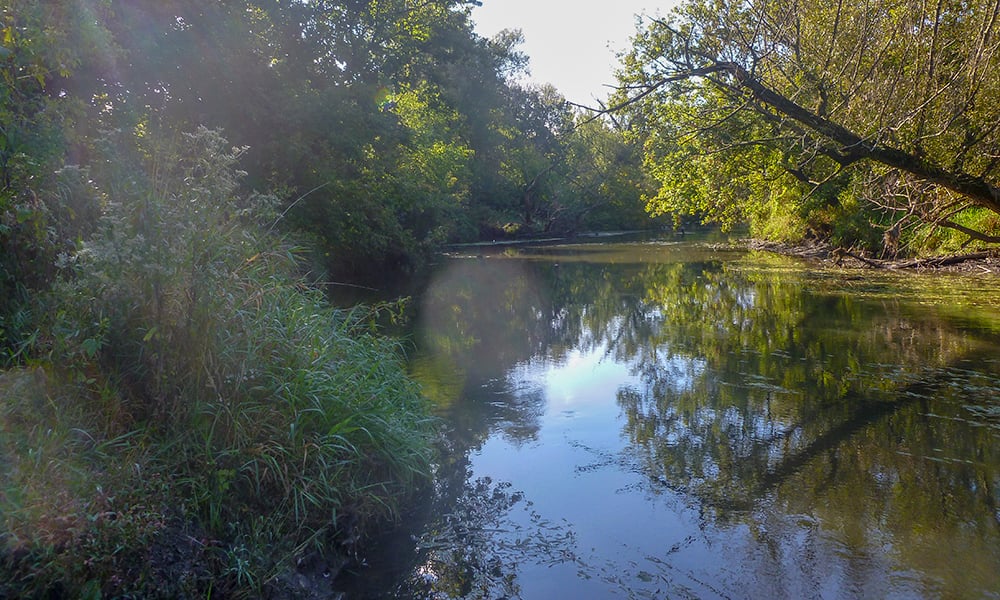 Salt Creek is a 43.4-mile-long stream that starts at Wilke Marsh in Palatine and meanders southward through DuPage County before emptying into the Des Plaines River in Cook County. In 1978 flood control dams were built along the creek in Ned Brown Forest Preserve in Elk Grove Village, creating the 590-acre Busse Lake. 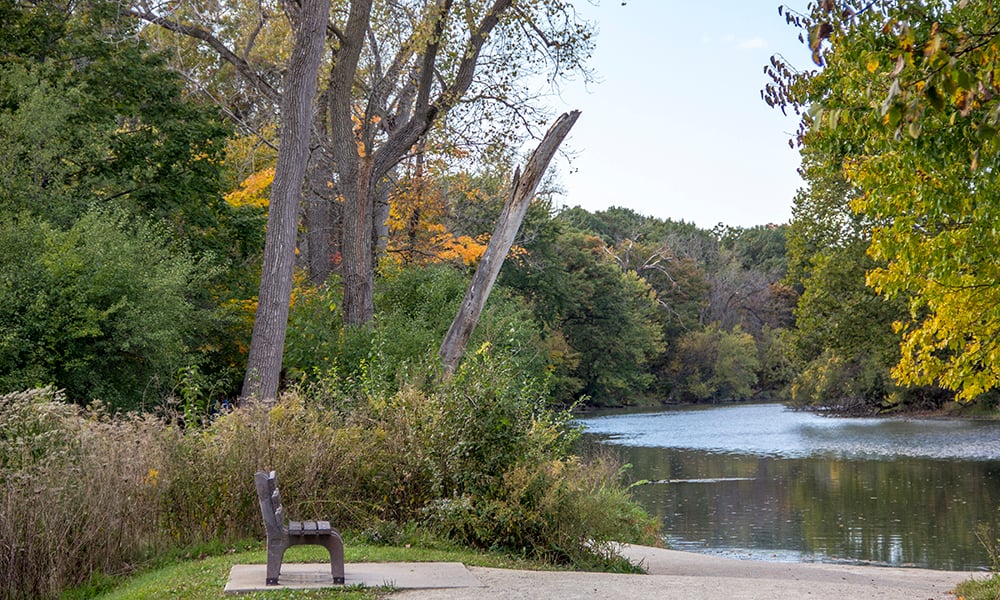 Salt Creek as it runs through The Preserve at Oak Meadows in Addison.