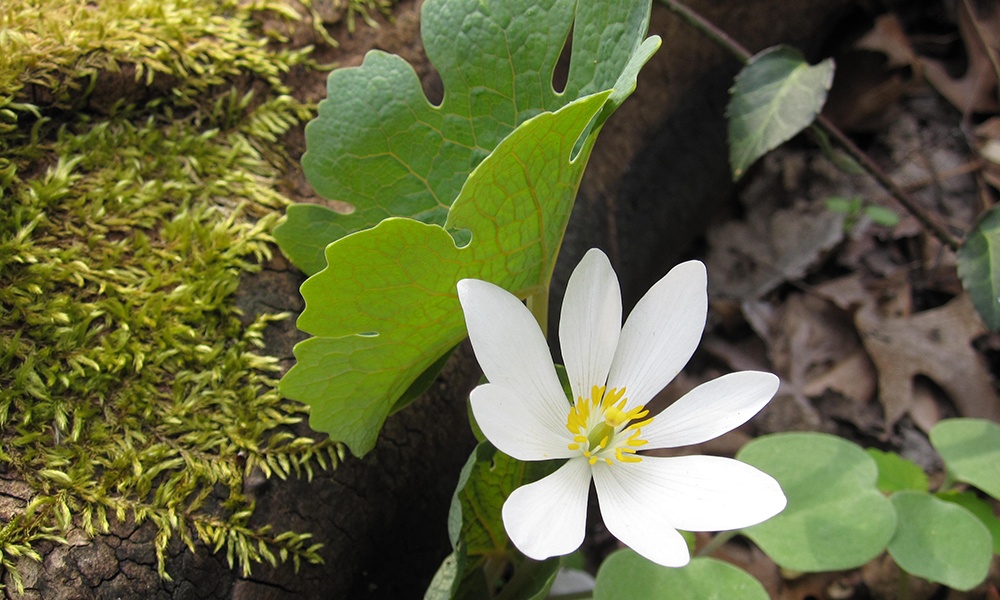 Just a few native woodland wildflowers emerge in March: Bloodroot (Sanguinaria canadensis) and sharp-lobed hepatica (Hepatica acutiloba) are among them.

Bloodroot, a member of the poppy family, is found in dappled sun in wooded areas, producing beautiful, solitary white flowers that only bloom for a day or two. When bloodroot first appears the leaves are wrapped around the stem at flowering time and then unfurl after the flowers disappear. The plant gets its name from the dark red sap found in the stems and roots, which resembles blood. It goes by several other names, including puccoon, red puccoon, tetterwort, redroot and Indian paint. 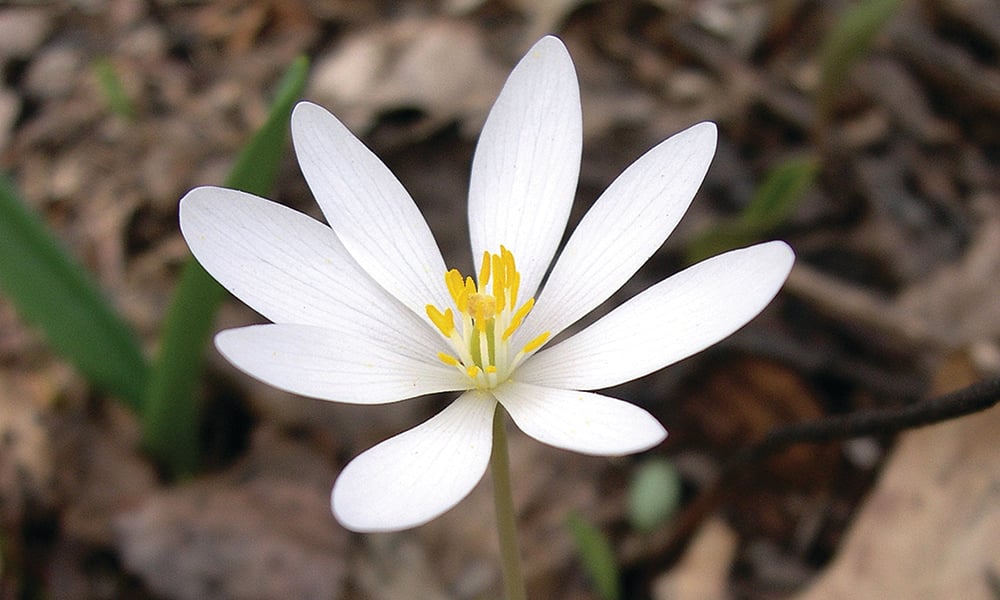 A member of the poppy family, bloodroot is one of the earliest spring woodland wildflowers to bloom in the DuPage forest preserves. ©Jay Sturner

The plant’s seeds contain an elaiosome, a fleshy organ that attracts ants. The ants carry the seeds to their nest, where they eat the elaiosomes. The seeds remain in the nest debris, which usually makes an excellent growing medium.

The sharp-lobed hepatica, a member of the buttercup family, can be found popping up in high-quality woodlands and rocky bluffs. The delicate white and pink flowers perch atop slender stems. Hepatica is also called liverwort due to the leaves resemblance to the lobes of the liver. In the past it was thought that it could cure ailments of the liver due to this resemblance to the organ. 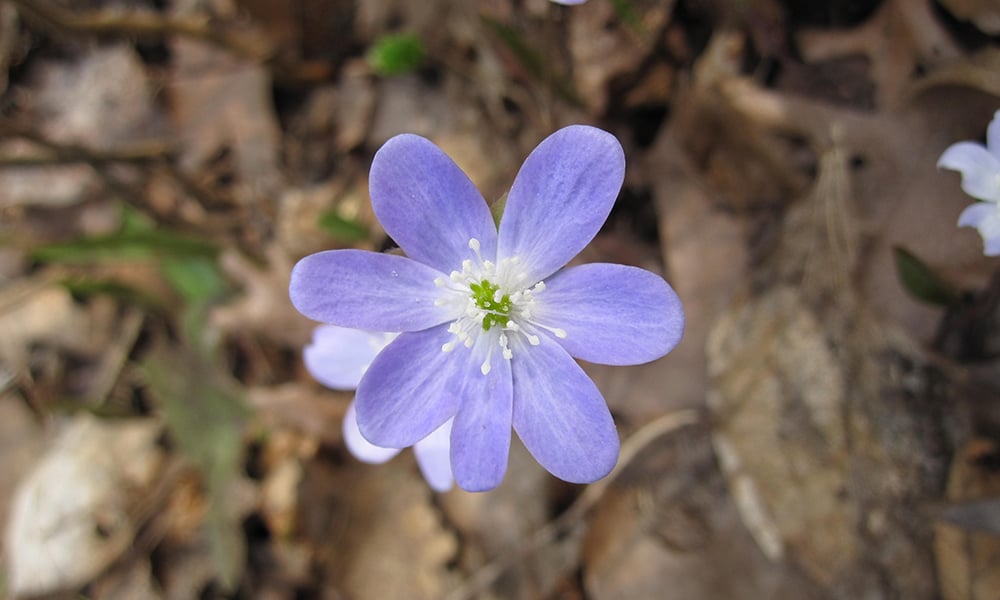 Sharp-lobed hepatica (Hepatica acutiloba) is one of the earliest spring woodland wildflowers to bloom in the DuPage forest preserves.

Small bees, like carpenter, Andrenid and Halictid bees, collect pollen from the flowers; Syrphid flies and other flies feed on the pollen. Chipmunks reportedly eat the tiny fruits of the hepatica, called achenes.

Although both of these plants bloom very early and the flowers are gone quickly their leaves are present throughout the growing season and they can be identified later through those leaves. The leaves of Hepatica actually overwinter and can be found in the spring when the new growth is coming up.

Look for these early arrivals in such woodlands as Waterfall Glen’s Bluff Savanna and Fullersburg Woods. 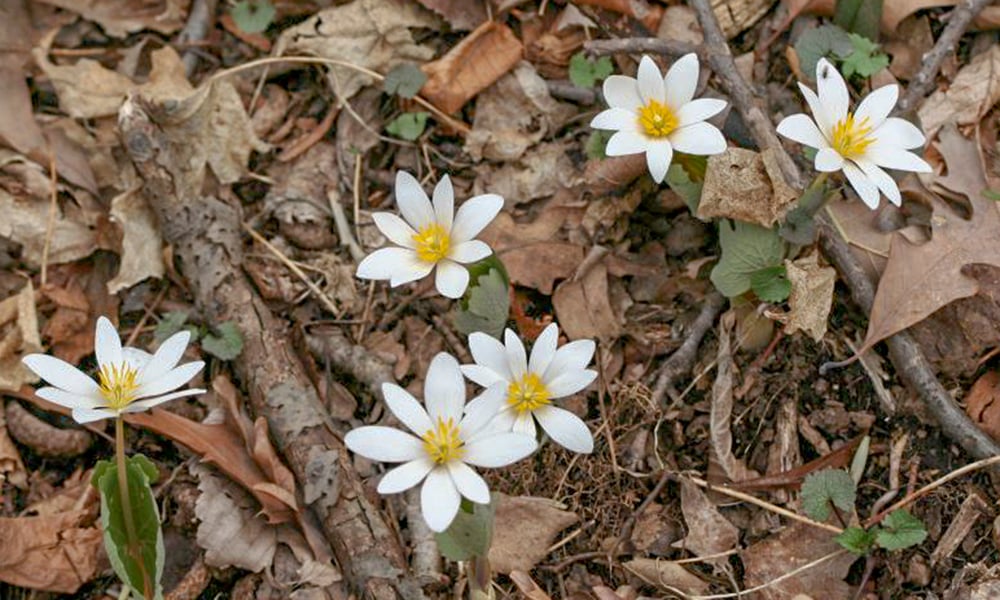 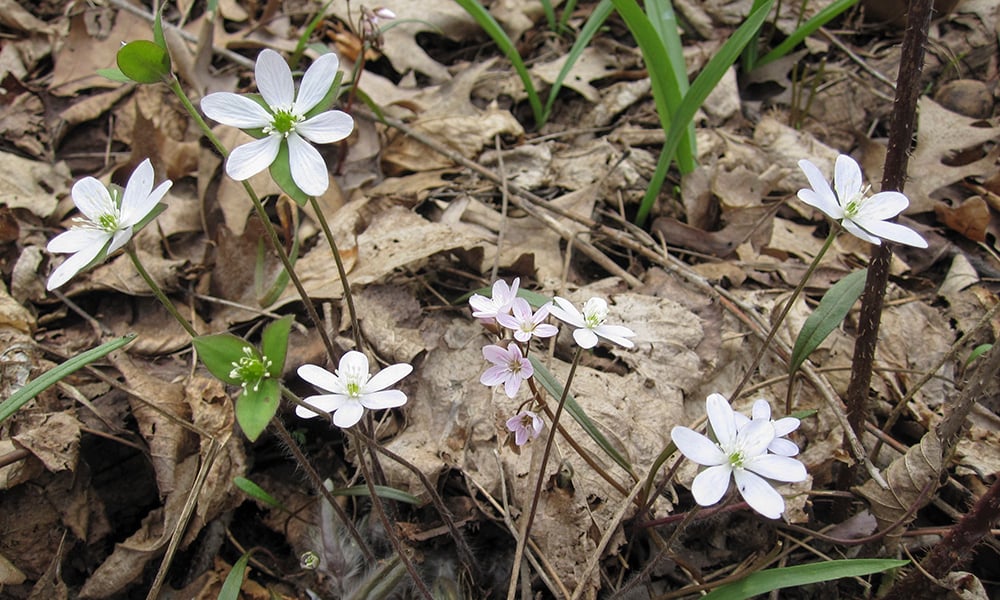