Trail users at Herrick Lake Forest Preserve will soon see more forest through the trees along the southern portion of the preserve’s Green Heron trail.

Forest Preserve District crews have started clearing large trees and shrubs from a small area (less than an acre) near the southern tip of the preserve’s south savanna. The work is part of an oak canopy gap study being done by Forest Preserve District ecologists on the effects that increased light penetration on the germination and reproduction of oak trees. Study sites were chosen for the best potential to accelerate oak reproduction with minimal tree removal. No oaks will be removed for the study. 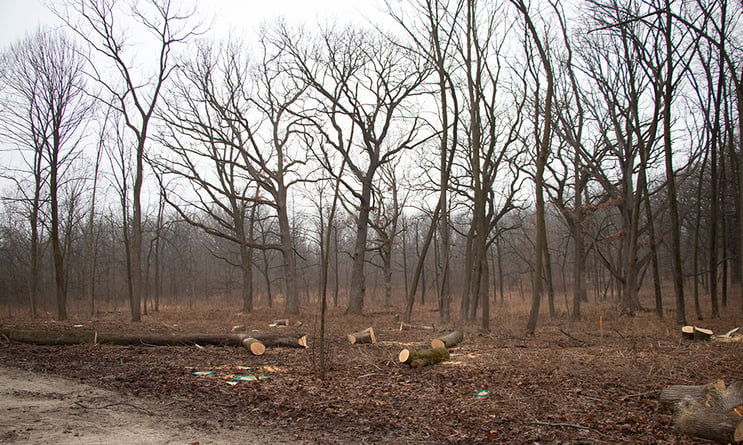 This view will soon look different for Herrick Lake trail users as select trees will be removed as part of a study to benefit oaks.

Similar studies have shed light (pun intended) on issues surrounding oak reproduction in our local woodlands. Studies by the DuPage Forest Preserve District and other agencies show that oaks aren’t reproducing in many woodlands because the tree canopy is too dense and not letting enough light in to penetrate the forest floor. 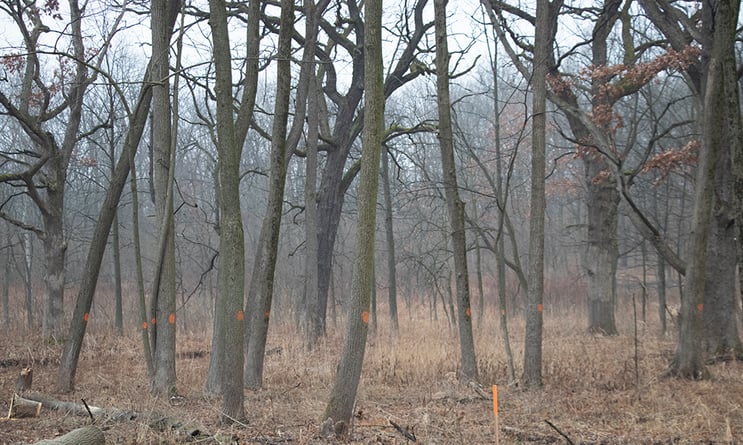 A close look at the study site from this angle shows the trees marked for removal with orange dots. These non fire tolerant species are considered less important to the ecosystem's health than oaks.

There are a number of reasons for this, including the invasion of nonnative species such as buckthorn and honeysuckle and an increase in other woodland species, including basswood, sugar maple, wild black cherry and elm.

Even oaks themselves are standing in their own way, so to speak. Most woodlands are more densely stocked with oaks than they were prior to settlement due to harvesting practices by settlers and the cessation of fire. There’s simply not enough light reaching the ground to allow oak acorns to germinate and grow. 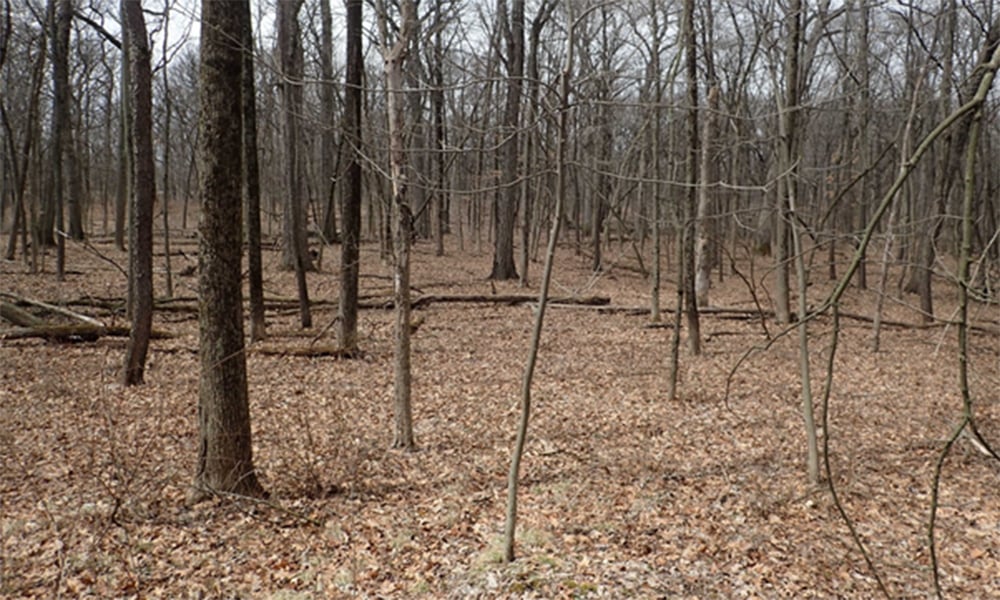 This “before” shot of a woodland with a dense under story allows one to imagine the lack of light that will penetrate the ground after the trees leaf out in the spring.

This is one reason why oak seedlings and saplings are often found along the edge of woodland areas, where there’s enough light to flourish.

Oaks are a keystone species, meaning many other plants and animals depend on them for survival. So it’s critical to manage the situation to reduce competition from native and nonnative species. Increasing gaps in the tree canopy will help increase oak reproduction by allowing more sunlight to reach the forest floor. Other management efforts include prescription burns, seed augmentation and potentially thinning native tree species. 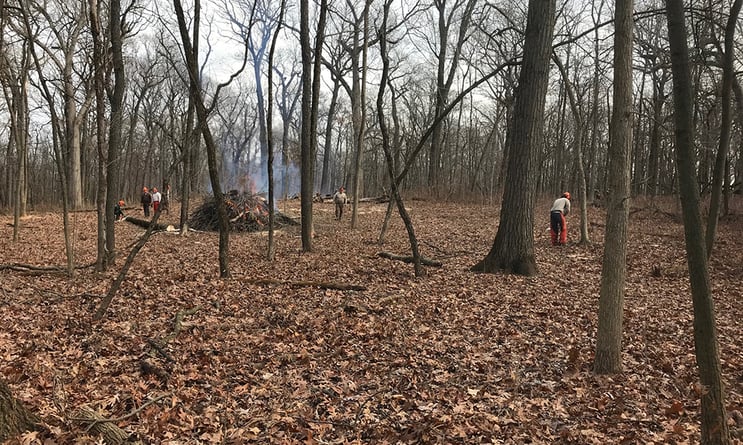 This “after” shot of a cleared woodland at St. James Farm shows how much less competition for light oak seedlings and saplings will face from surrounding trees after leaf out.

As a side benefit, this technique also improves conditions for native shrubs and ground-layer species as well as habitat for woodland wildlife species. 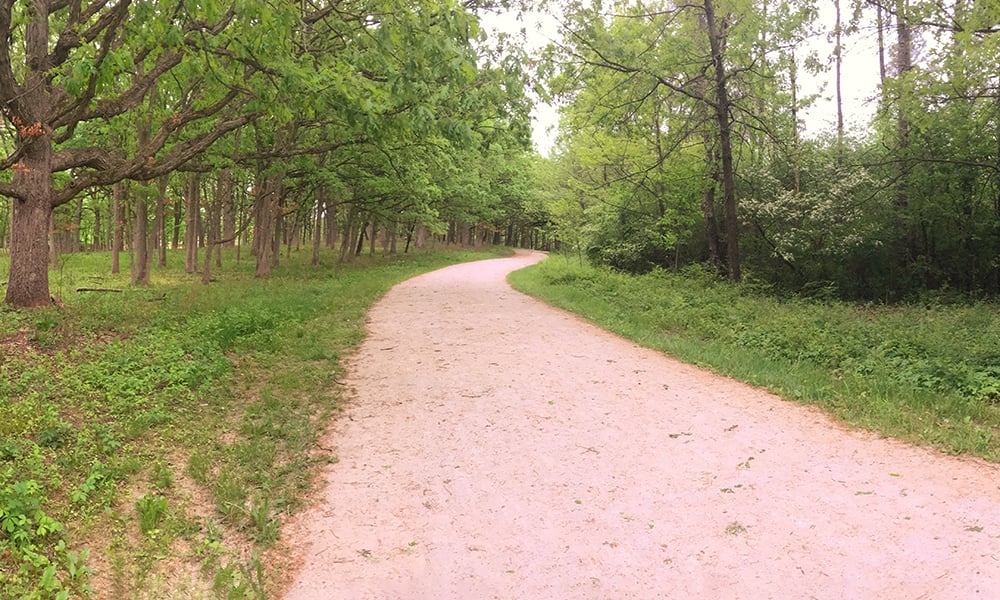 On the left of this trail is a mature oak woodland without brush; on the right, invasive honeysuckle and buckthorn pervade the area. Note the distinct difference in the amount of light that is able to reach the ground.