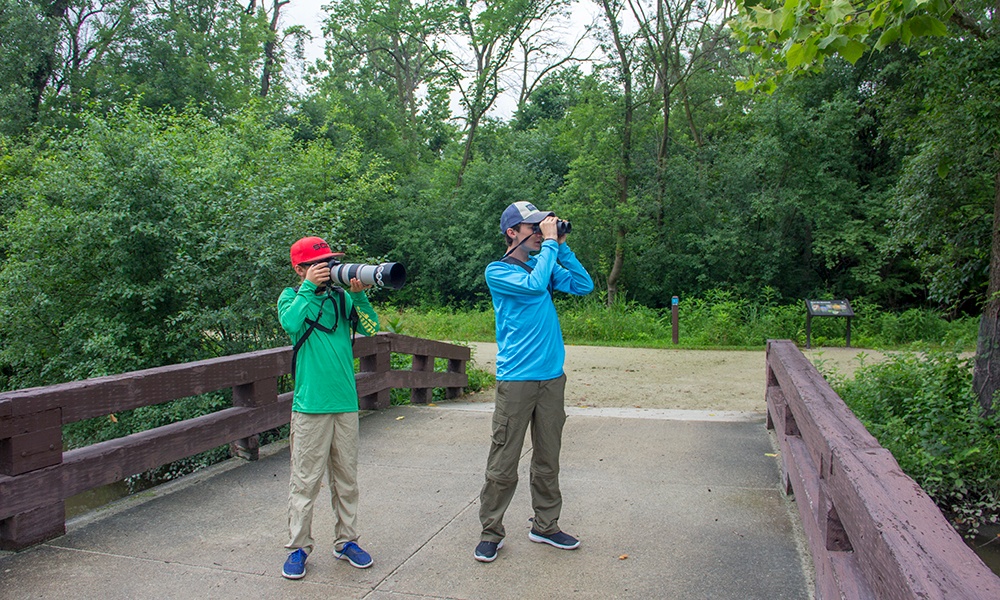 Armed with nice cameras with huge lenses, binoculars and bug spray, Eddie and Brett Kasper of Western Springs set out for a quick hike at Fullersburg Woods Forest Preserve in Oak Brook recently.

“Is that a rose-breasted grosbeak?” Brett asked as he scanned the trees.

The homeschooled brothers’ passion for birding is shattering stereotypes and attracting a new generation to the pastime. Their two favorite birding spots in DuPage County are Fullersburg Woods and Elsen’s Hill at West DuPage Woods in West Chicago.

“It’s a really fun pastime. You never know where all the birds will be,” said Brett, 13. “It’s unpredictable, you never know what’s going to happen or what you’ll see. You can just relax, not worry about a lot, and breathe in the fresh air.” 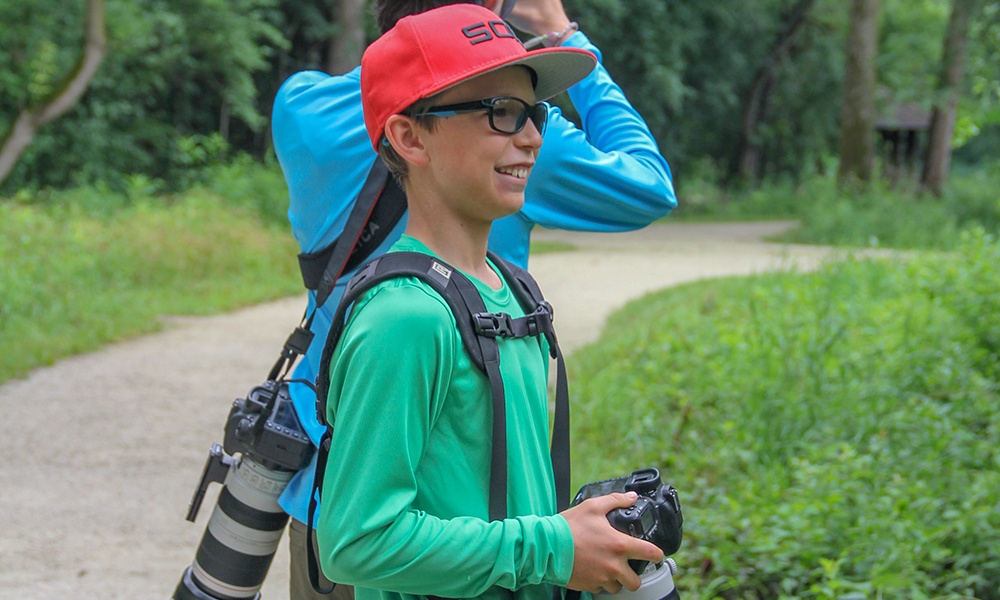 How it all started

Eddie, 15, said he’s not sure how he got into birding, but said he taught himself to read with bird books. He remembers getting bird playing cards from a friend and buying his first bird book, Kenn Kaufman’s Field Guide to Birds of North America, at the age of 5. From there he picked up bird and nature books on frequent trips to the library and discovered one of his favorite children’s authors, Thornton Burgess. He also listened to Audubon playback books to learn bird songs, he said. Like most younger siblings, Brett, 13, followed in his older brother’s footsteps and also took up birding.

“We challenge each other,” Eddie said. “We have a rivalry about who sees more birds.”
Eddie has achieved his lifelong goal of seeing 600 ABA (American Birding Association) birds before the age of 16. In 2014-15 he found 145 species of birds within 4 acres of his home.

Eddie helps lead the Forest Preserve District of DuPage County’s weekly birding program, Fullersbird Friday, and serves as a trip leader and has presented at birding events led by  the Illinois Young Birders, Indiana Young Birders and The Biggest Week in American Birding at the warbler capital of the world in northwest Ohio.

Eddie was one of the youngest trip leaders at The Biggest Week in American Birding, and he also presented at the event. They travel worldwide on birding expeditions; so far Eddie has traveled to 41 states and three countries for birding.

While in California several years ago, they arrived at a spot in search of the rare yellow green vireo. As older birders saw the boys, they started heading to their cars, assuming the young boys would be loud and chase away the birds. As it turned out, the boys heard the yellow green vireo’s call, prompting folks to return to see the rare bird. Two women who had earlier dismissed the boys ended up befriending them and invited them to join them in San Ysidro in southern California near the Tijuana border to see the red-throated pipit.

Eddie said birding has helped him make friends with other young birders from across the country. “There’s a whole network of young birders. It’s really fun and social,” he said.

Eddie has gone to summer camps for young birders, including Camp Chiricahua in southeastern Arizona and ABA’s Camp Colorado, and will attend Camp Cascades in the Pacific Northwest later this month. 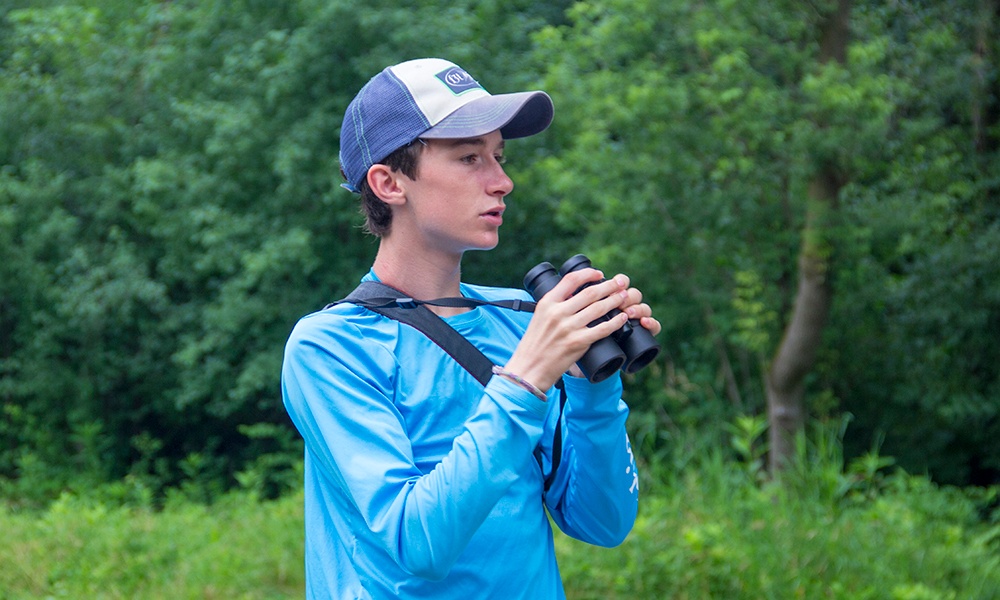 The brothers say it’s easy to get started at birding. They recommend The Crossley ID Guides by Richard Crossley that are loaded with photos; Kenn Kaufman’s “Birds of North America;” and phone apps like Merlin Bird ID, Sibley eGuide to Birds, iBird Pro and Audubon Bird Guide.

“We’ve helped a lot of kids get into birding,” Brett said. “You won’t see a ton of birds every day; just keep trying. You need to practice it. If you see a bird and know what it is, it makes the experience a lot more fun.” 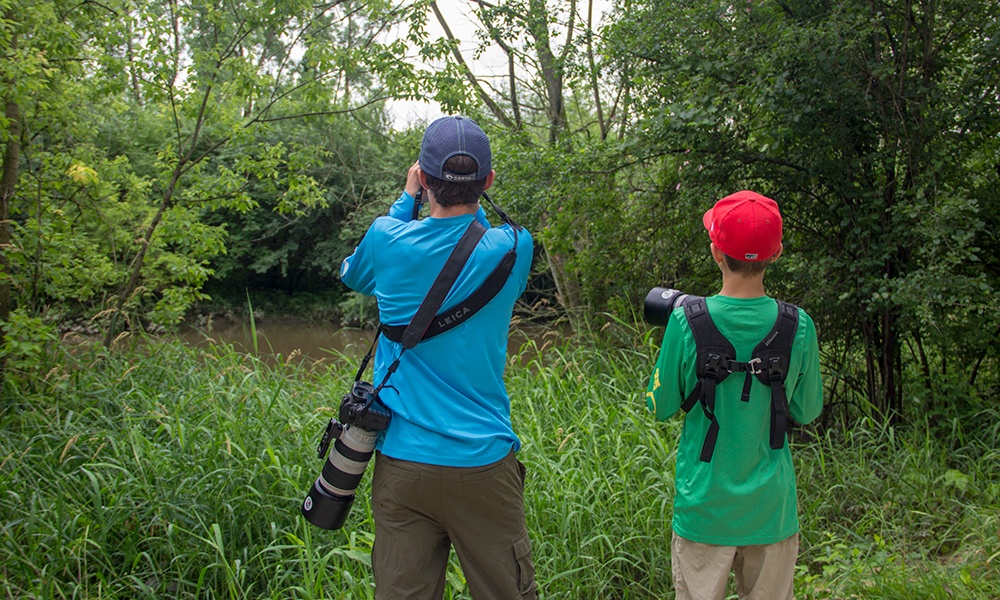 Eddie and Brett Kasper love to share their passion of birding with other nature enthusiasts.