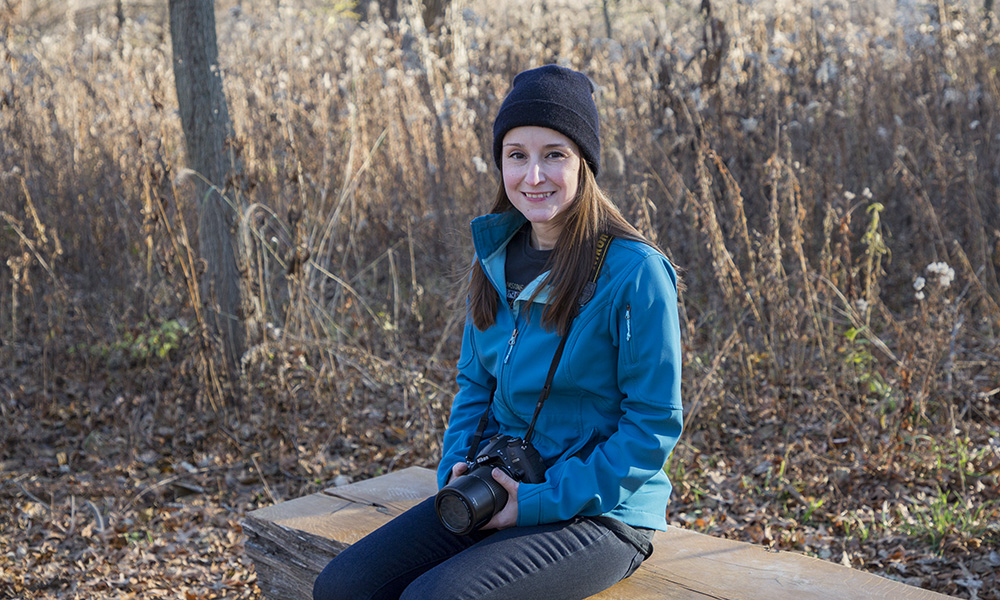 Stephanie Scurtu lives in DuPage County with her husband, Brian, their corn snakes Jimmy and Timmy, and their rats Teddy and Phoebe.

She was a medical biller at a pediatrician's office until July 2021, but the pandemic made her rethink her priorities and passions. So she quit her job and went to work as a seasonal animal keeper at Willowbrook Wildlife Center in Glen Ellyn. Scurtu also picked up a camera and started taking nature photos on her hikes in DuPage forest preserves and elsewhere. She posts some of her favorites as @stephmidwest on Instagram.

Scurtu grew up in Woodridge and spent a lot of summers enjoying nature and camping out in her family's pop-up camper as a kid.

“That's probably where my love for the outdoors and wildlife started,” she said. 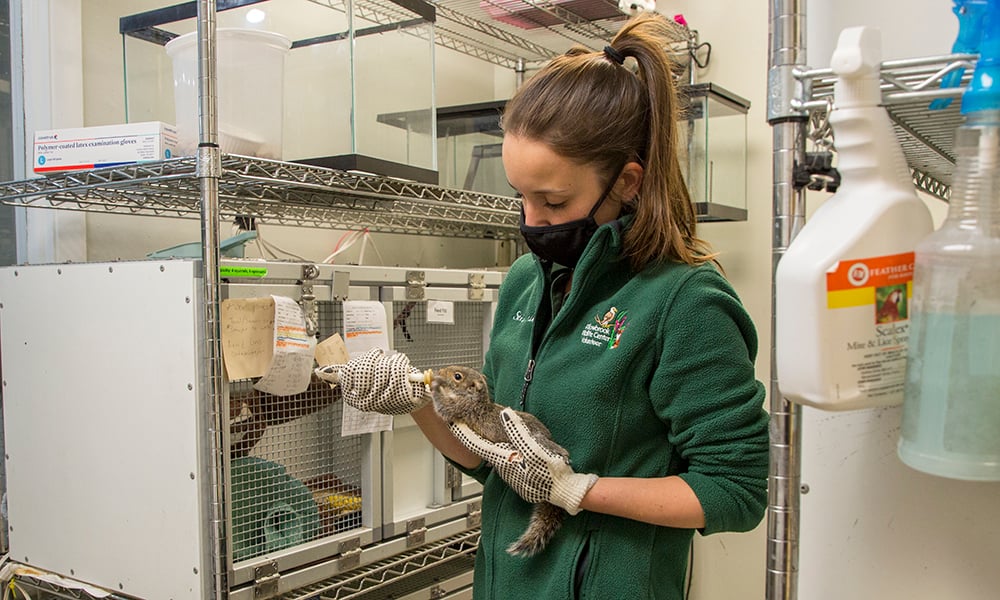 I have always been a nature lover, but was really "bitten" by the nature bug in 2017. I was diagnosed with Crohn's disease after dealing with worsening symptoms for about 10 years prior. I wasted so much time worrying and focusing on my illness, that I seemed to lose sight of myself and my life.

Once I began treatment, I started volunteering at Willowbrook Wildlife Center later that year. Eventually, I signed up for other opportunities through the DuPage Forest Preserve District, like removing invasive species at Maple Grove Forest Preserve in Downers Grove and trash removal. In January I became a volunteer steward of Oldfield Oaks Forest Preserve in Darien. 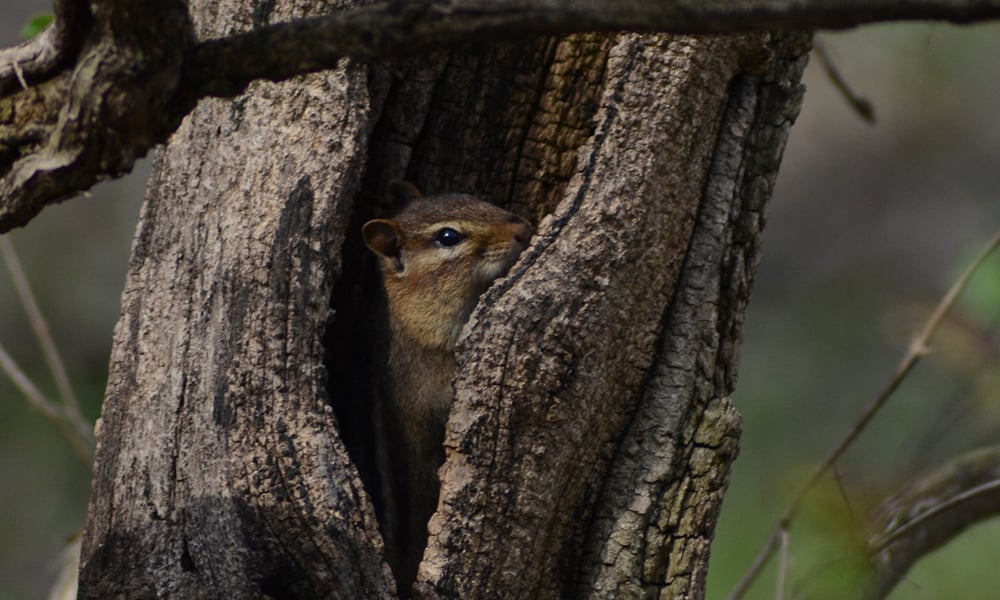 A little chipmunk peeks out from inside a tree. Photo by Stephanie Scurtu

I've been a DuPage County resident my entire life and was familiar with Blackwell and Waterfall Glen forest preserves from my childhood. Over the past few years, I've finally taken the opportunity to explore other preserves like Lincoln Marsh, Pratt's Wayne Woods, and East Branch. 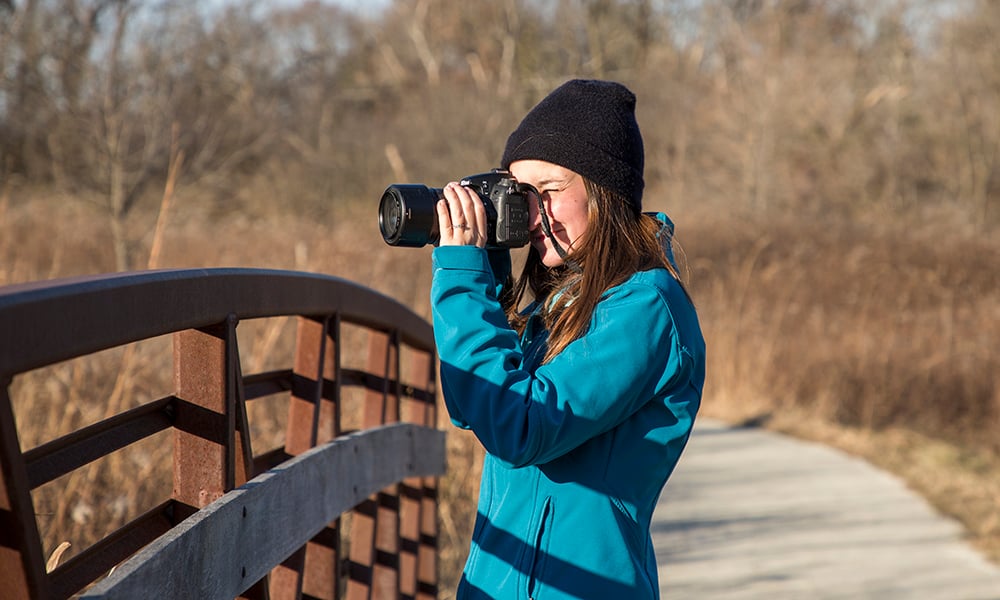 My favorite forest preserve would have to be Oldfield Oaks in Darien. I had overlooked it so many times because it is smaller, but finally gave it a chance during lockdown. Despite its size, it is so diverse. There are wetlands, prairie, and woodlands full of all kinds of wildlife.

The best time to spot wildlife would be end of March to April. Everything is starting to wake up after winter, but the greenery hasn't grown in, making it harder for animals to evade notice. May is also lovely because of all the spring ephemerals! 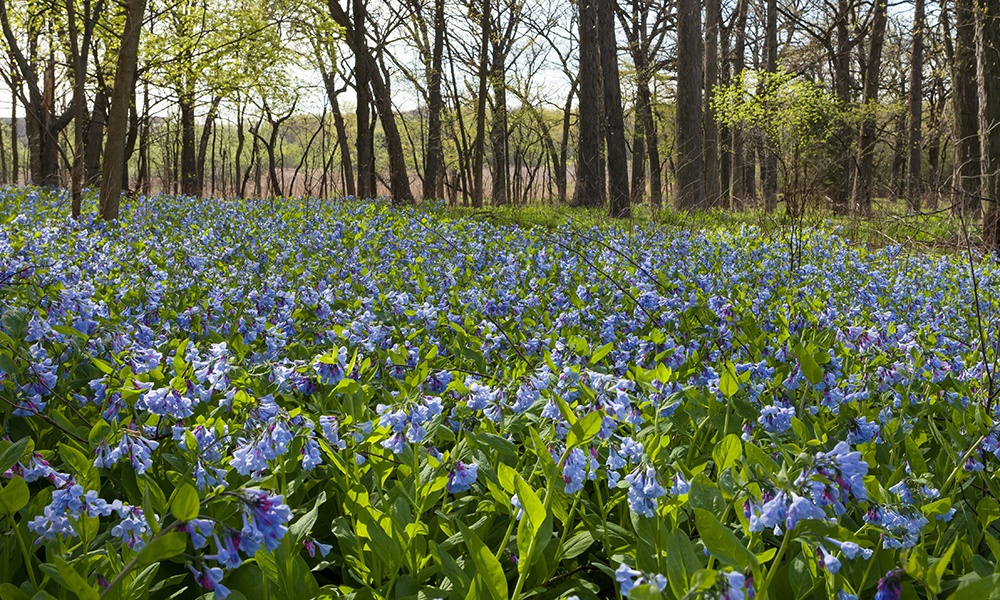 What Brings Her Back Time and Time Again

The peacefulness is very helpful when dealing with stress and anxiety. There are always new animals to see. Nothing is ever the same, especially with the transitioning of the seasons.

Stephanie Scurtu takes in her surrounding while on a walk at Oldfield Oaks Forest Preserve in Darien.

My favorite thing to do at preserves is photograph wildlife. I love being able to capture moments forever and share them with others. I also think it's a great way to document the changes in an area over time. 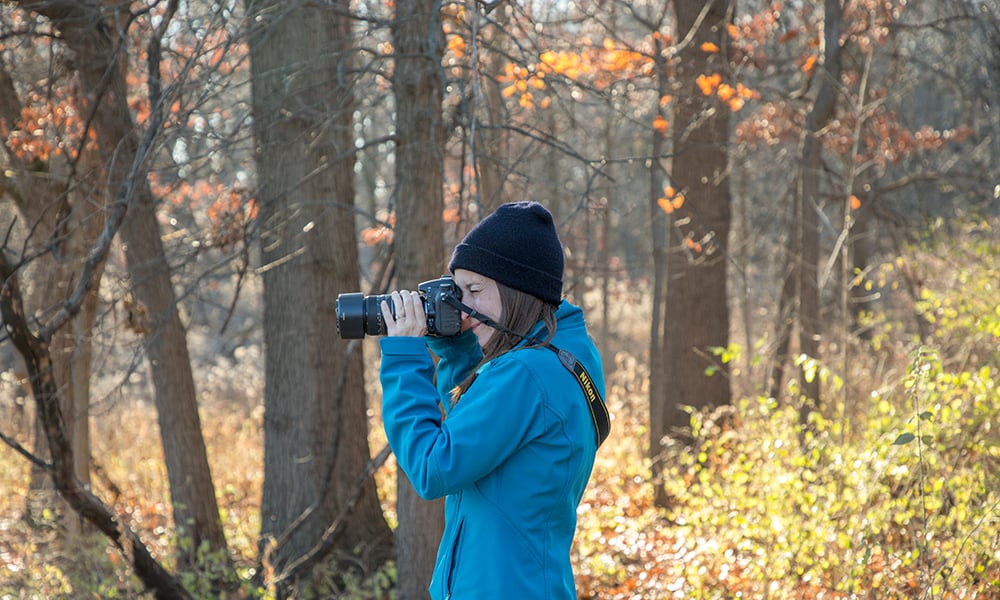 Stephanie Scurtu takes aim with her camera while on a walk at Oldfield Oaks Forest Preserve in Darien.

The biggest lesson I've learned is how important each aspect of the ecosystem is. We label plants as weeds and deem certain animals to be a nuisance without grasping the role they play in everything. I'm hoping unfortunate situations like the one happening at Bell Bowl Prairie will garner enough attention to get people thinking about these things before it's too late.

Photo of a muskrat taken by Stephanie Scurtu

Nature inspires me to be creative, to slow down, and to be more mindful. It also reinforces my faith. As a Christian, being surrounded by nature is such a beautiful reminder that we have an incredible creator who has taken care to construct each facet of the universe we are in. It's awe-inspiring! 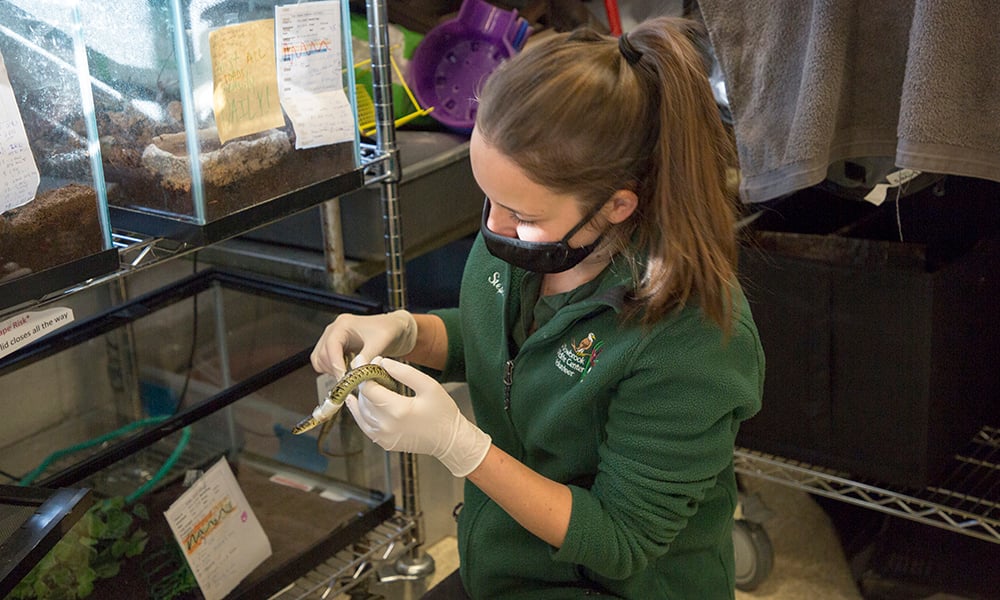 I don't have a favorite nature quote, but I do have a favorite naturalist/author. Ronald Rood wrote so many wonderful books that bring nature to life in a simple way that anyone can understand and appreciate. I found his book "Animals Nobody Loves" a few years ago by chance and fell in love with his storytelling. 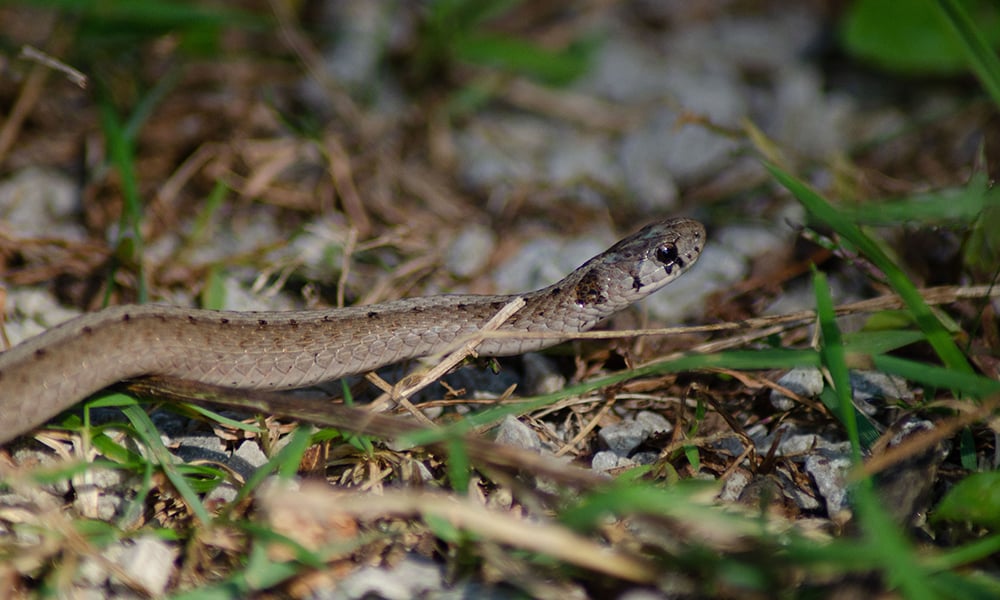 Stephanie Scurtu captured this image of a DeKay's or Midland brown snake..

The most important thing is to get outside and explore new places. Just be sure to have no expectations because that's when the best things happen. Also, ditch your lawn and plant native plants to support pollinators! 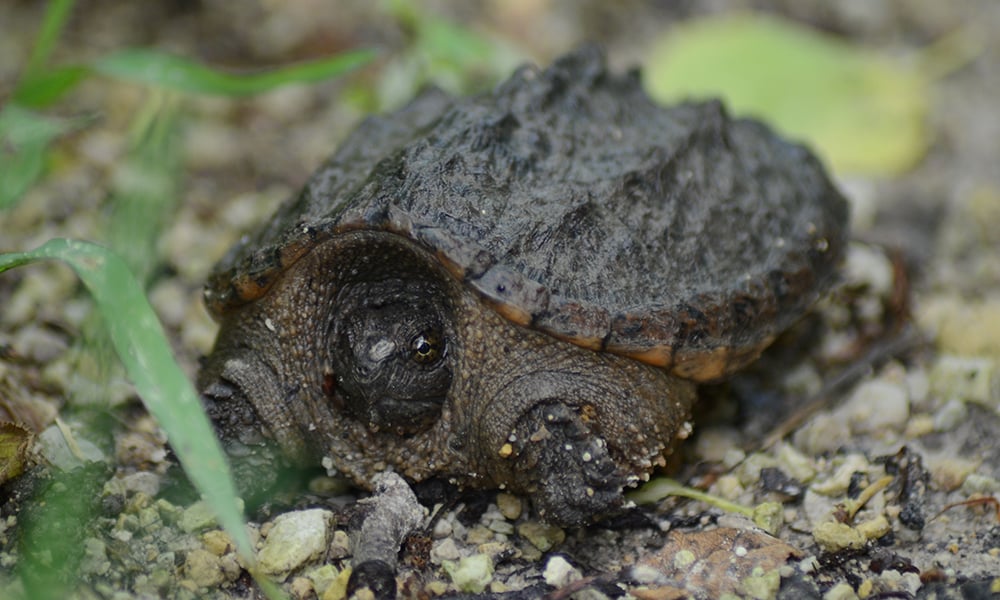 Photo of a hatchling common snapping turtle by Stephanie Scurtu