Sowing Seeds in the Snow

Sowing Seeds in the Snow 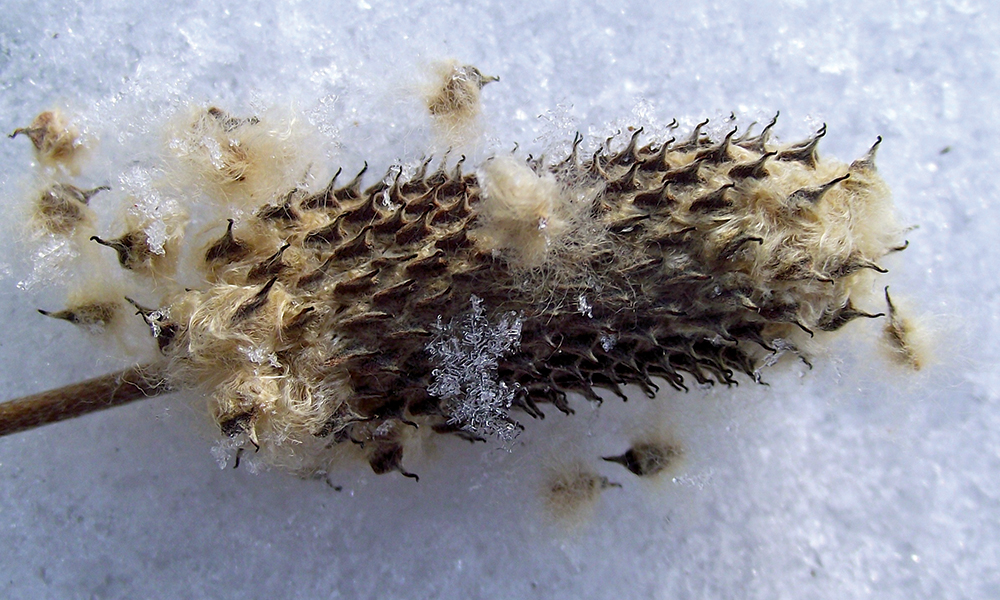 For local gardeners, winter’s a time to take stock of what did well during the previous year and to look forward to the coming crop of plant catalogs in the mail. But in DuPage County, Forest Preserve District employees and volunteers are already seeding for spring. It’s a technique called “frost seeding,” and it uses the way many plants grow naturally to improve a variety of habitats.

All grasses and flowers produce seeds. In most cases, each seed contains an embryo — tissues that contain all of the genetic information that’s needed for the seed to develop into stems and leaves. The embryo is encased in a protective seed coat, which means that the root of the embryo, the “radicle,” needs to first push its way through the shell before a new seedling can appear, a process commonly known as germination.

If all of the seeds that dropped in summer and fall immediately started to germinate, they wouldn’t make it through winter. The tender developing sprouts would freeze and die. By keeping embryos dormant inside the seed coats, however, species can protect them until conditions are right for germination. During this waiting period, transformations that take place above and below the surface of the soil in winter increase the odds that these seeds will successfully sprout when the time comes. 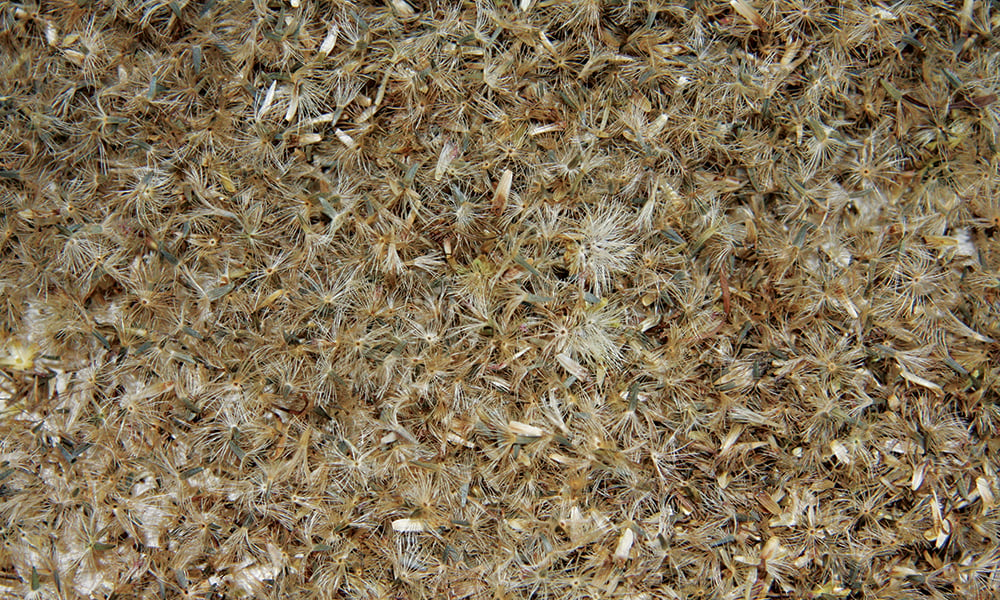 Each year Forest Preserve District staff and volunteers harvest more than 1,000 pounds of native plant seeds. Many, such as these from blazing star and wild onion, are sown between December and March.

In winter the ground freezes. At some point it thaws a bit. Then freezes and then thaws. This repeated cycle naturally tills seeds on top of the ground into the soil. When spring temperatures arrive and moisture frozen within the soil melts back into water, the seeds are in place and ready to sprout. Most native species in DuPage County cannot germinate without this freeze-thaw cycle, which botanists call “cold-moist stratification.”

Frost seeding allows Forest Preserve District ecologists to take advantage of this natural process. They spread collected seeds over the surface of the soil between December and March. Some spread seeds by hand; others use broadcast machines, but between the two they cover hundreds of acres. And it doesn’t matter if there’s snow on the ground. On warm winter days the seeds mix with melting snow and start their migration to the soil below.

The Forest Preserve District purchases some of this seed, but for most projects (including any that take place in a designated high-quality ecosystem) it uses seed collected from the preserves or the District’s native-plant nursery in Blackwell Forest Preserve. Between May and November employees and volunteers harvest over 1,000 pounds from over 200 species of native plants. Years of experience tell them when to harvest which ones. Collect too early and seeds may not be viable; wait too long and most may have already dropped. This means early May for false rue anemone, trout lily and other early bloomers but November for species such as heath aster and bottle gentian. Perhaps more importantly, their expertise guides them when determining how many seeds they can take without jeopardizing established natural populations.

Although not a requirement, Forest Preserve District crews will try treat areas they’re going to frost seed with prescription burns in the fall. Fire removes dried plant materials, which makes it easier for the seeds to reach the ground. It also removes fire-intolerant nonnative plants, which means more moisture and nutrients for native species. But fire also creates large expanses of exposed soil, which heats more quickly in the spring than earth covered with last year’s growth. This extra warmth can help seeds germinate — and take root — faster.

Frost seeding helps the Forest Preserve District improve a wide range of habitats. With it, crews can start to convert cropland into prairie. Prairie species such as little bluestem, tall coreopsis, prairie blazing star, yellow coneflower, black-eyed Susan and stiff goldenrod all require cold-moist stratification. In summer, Mayslake Forest Preserve in Oak Brook and the north side of the Great Western Trail that runs through Timber Ridge Forest Preserve in West Chicago show some of frost seeding’s vivid results. 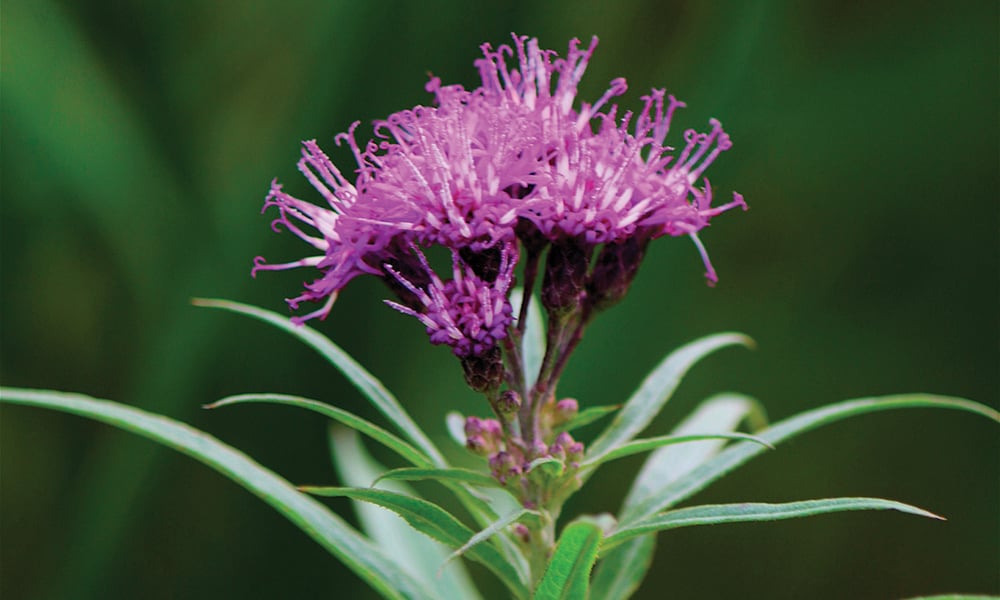 It’s also an important tool in oak woodlands that need to be seeded after being cleared of invasive brush. In these areas the District spreads wild onion, Short’s aster, wild geranium, lion’s foot and starry campion in winter to fill in parts of the forest floor throughout the following year. Springtime examples cover Parson’s Grove at Danada Forest Preserve in Wheaton and the Elsen’s Hill area at West DuPage Woods Forest Preserve in West Chicago.

In wetlands, where a diverse mix of plants can be critical to providing adequate habitat for wildlife that can live nowhere else, cold-moist species include shining aster, obedient plant, Riddell’s goldenrod, meadowsweet and common ironweed. A walk along Herrick Marsh at Herrick Lake Forest Preserve in Wheaton or through Willowbrook Forest Preserve in Glen Ellyn provides a peek at the plants as well as the herons, mink and dragonflies that rely on them in one way or another. Backyard gardeners may be enjoying their winter break, but in DuPage County the Forest Preserve District is getting the next generation of native grasses and flowers off to a fresh, albeit frosty, start.

Top and banner photo of native anemone in snow © dmffryed 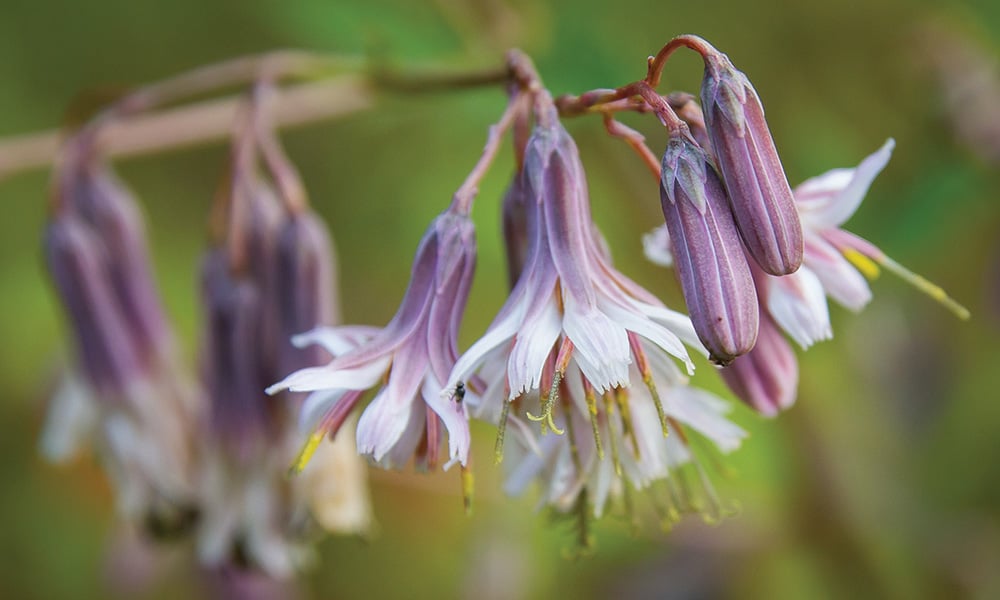