Construction Begins on New Clubhouse at The Preserve at Oak Meadows

Construction Begins on New Clubhouse at The Preserve at Oak Meadows

(Sept. 19, 2019) — Construction has begun on a new clubhouse and visitor center at the Forest Preserve District of DuPage County’s The Preserve at Oak Meadows in Addison. A groundbreaking ceremony was held Wednesday, Sept. 17 to mark the occasion.

“We took 10 years because we rebuilt this course,” said Forest Preserve District of DuPage County President Daniel Hebreard. “It now holds 20 million gallons more flood capacity for the community, and now it does not flood out when you’re coming to play 18 holes, and we increased our beautiful natural resources to truly make this a fantastic golf preserve.”

Forest Preserve District Commissioner Marsha Murphy, District 1, thanked Addison officials for supporting the project. “I didn’t think I’d ever stand before you on this wonderful day,” Murphy said. “It’s going to be an absolutely spectacular building when it’s finished, and it’s going to complement our golf preserve.”

DuPage Forest Preserve District commissioners hired Pepper Construction as project construction manager to deliver the project at a price not to exceed $12.6 million. The project is expected to be done by September 2020.

The one-story clubhouse will feature an 18,018-square-foot building with a restaurant with indoor and outdoor seating area, a multipurpose room with an outdoor terrace, pro shop, kitchen and office space.

The clubhouse design is a reinterpretation of midcentury modern architecture with angled flat roofs, transition spaces to blend the inside and outside, and large expanses of windows to feature views of the course. It was designed by Daniel Wohlfeil Design Ltd. of Elmhurst.

Commissioners also approved installing a solar power system on the cart storage building at The Preserve at Oak Meadows. The solar arrays will produce enough electricity to fully power the facility’s 75 golf carts, making The Preserve the first golf course in the U.S. with a fully solar-powered golf car fleet.

The Forest Preserve District acquired the former Elmhurst Country Club in 1985, and the original 50,000-square-foot clubhouse at this location was destroyed by fire in 2009. After the fire, there was a public call to immediately replace the clubhouse, but Forest Preserve District Executive Director Ed Stevenson first wanted to address chronic flooding problems, improve environmental conditions, and address aging infrastructure on the property’s landscape before committing to replacing a building.

The Preserve at Oak Meadows underwent a major two-year restoration project that improved stormwater management and water quality for Salt Creek, enhanced habitat for fish and other aquatic species, and created a premier 18-hole public golf destination. It reopened for a brief preview season in late summer 2017 and had a full grand-opening season in 2018.

The property was reconfigured to reduce flooding in nearby communities by holding an additional 20 million gallons of stormwater from Salt Creek during flood events while minimizing flood damage to the course. Only 15% of the 288 acres is dedicated to fairways, greens and teeing areas, and the number of holes was reduced from 27 to 18. In addition, the project created 25 acres of wetlands and 43 acres of riparian habitat and restored 13 acres along the Salt Creek corridor to improve water quality and plant and animal diversity.

The Forest Preserve District of DuPage County has been connecting people to nature for more than 100 years. More than 4 million people visit its 60+ forest preserves, 145 miles of trails, six education centers and scores of programs each year. For information, call 630-933-7200 or visit dupageforest.org, where you can also link to the District’s e-newsletter, blog, Facebook, Twitter and Instagram pages. 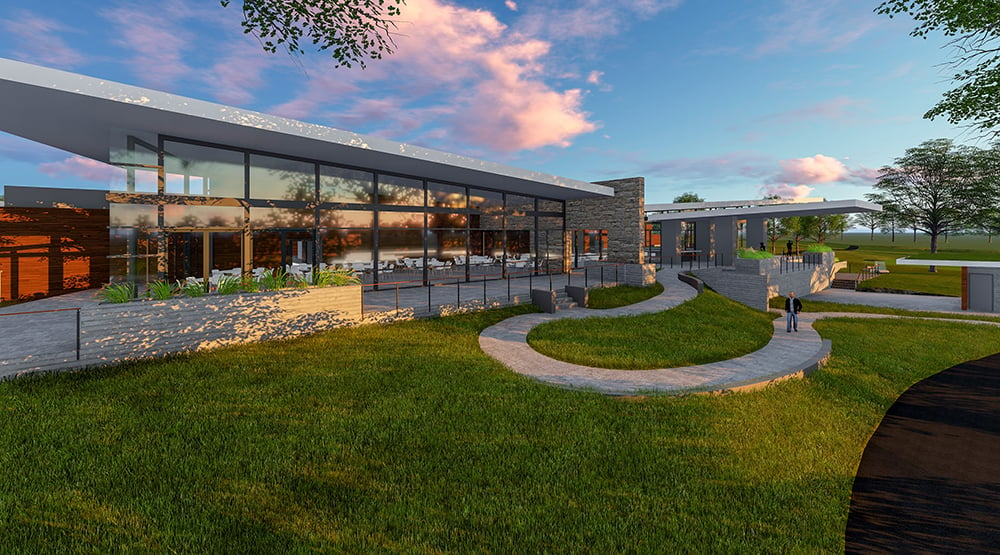 A rendering of the new clubhouse, which was designed by Daniel Wohlfeil Design Ltd. of Elmhurst. 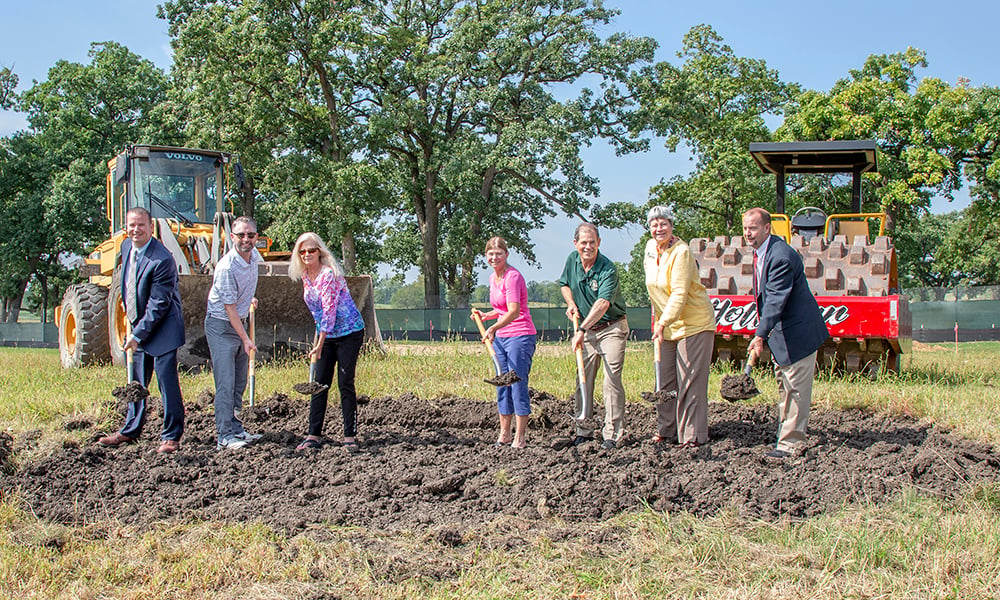 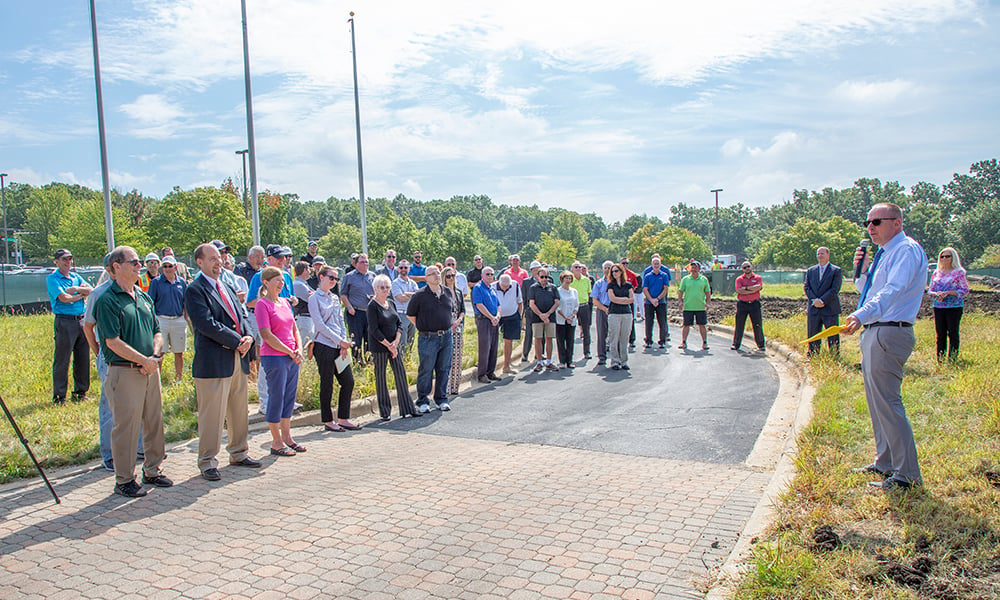 Forest Preserve District Executive Director Ed Stevenson speaks to the crowd at the Sept. 17 groundbreaking for the new clubhouse.