(April 27, 2020) — The DuPage Forest Preserve District reminds drivers to watch for turtles on the roads as these reptiles become more active in the spring.
From April through October turtles cross roads in search of water, food, mates or nests. Female crossing increase in particular from mid-May to mid-July as the turtles make their way to and from nesting sites.
“For their eggs to survive, turtles must find just the right spot for their nests,” said District ecologist Dan Thompson. “Some turtles must travel up to a mile to find the right conditions,” so adult females looking for nesting sites can cross roads a good distance from bodies of water.

Despite their hard shells, turtles cannot protect themselves from vehicles they encounter on the way. The loss of one adult turtle can be significant because at least 90 percent of adults must survive each year to sustain a population. If the rate drops below this number the population will be in decline.

For instance, if a 30-year-old female Blanding’s turtle dies, it’s more than the loss of one individual. A Blanding’s turtle can lay a dozen or more eggs each year and live to be 70 or 80, so the loss of that one female can mean 500 fewer eggs for the overall population. Since hatchlings have low survival rates, adults are needed to ensure enough young are produced to sustain the population.

“Turtles are not able to move quickly to avoid a car, so it’s up to drivers to avoid hitting them,” Thompson said. “Car horns and flashing lights will have no effect on turtles; they simply can’t move any faster to get out of the way. Drivers need to pay attention and do what they can to avoid hitting these animals.”

Motorists can avoid turtles simply by following the rules of the road. Focus on driving, don’t speed or tailgate, and stay off your phone. Leave plenty of room between cars so turtles can be seen. Drivers should never place themselves or others in danger by stopping abruptly on busy roads.

Roads near lakes, ponds and marshes can be turtle-crossing hotspots, so it helps to be particularly vigilant while driving in these areas. These locations will be active outside of nesting season as males and females may be crossing to access other foraging areas or searching for mates throughout the growing season.

Anyone who finds an injured turtle should consult the Forest Preserve District’s Willowbrook Wildlife Center. Located at 525 S. Park Blvd. in Glen Ellyn, the center cares for injured native wildlife in DuPage County and strives to return them to the wild. During the COVID-19 pandemic, Willowbrook is accepting wildlife patients 9 a.m. – 3 p.m., but call 630-942-6200 first for no-contact curbside drop-offs.

The Forest Preserve District of DuPage County has been connecting people to nature for more than 100 years. More than 4 million people visit its 60+ forest preserves, 166 miles of trails, six education centers and scores of programs each year. For information, call 630-933-7200 or visit dupageforest.org, where you can also link to the District’s e-newsletter, blog, Facebook, Twitter and Instagram pages. 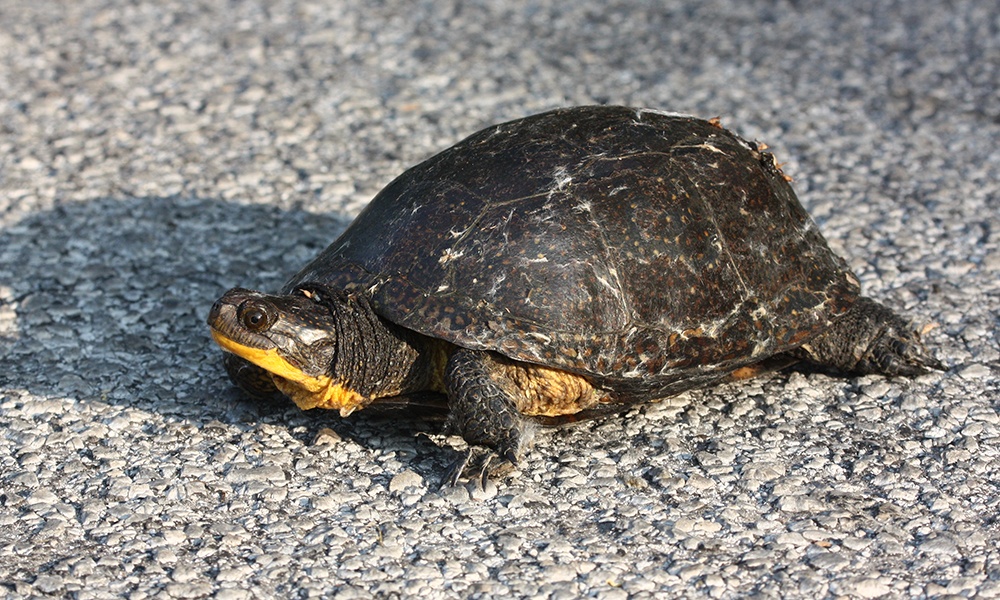